Kenyans are mocking Starehe MP after he announced ticket price for his planned end year party. Revelers will have to part with thousands of shillings to attend Jaguar’s concert.

Jaguar is slated to perform at Club Lambada Mombasa on December 31st. The Starehe MP shared a poster of his concert and netizens were shocked.

Kenyans couldn’t stop grumbling after seeing what Jaguar is charging revelers. The poster shows ticket price for the concert is $500 or Kes 51,652. 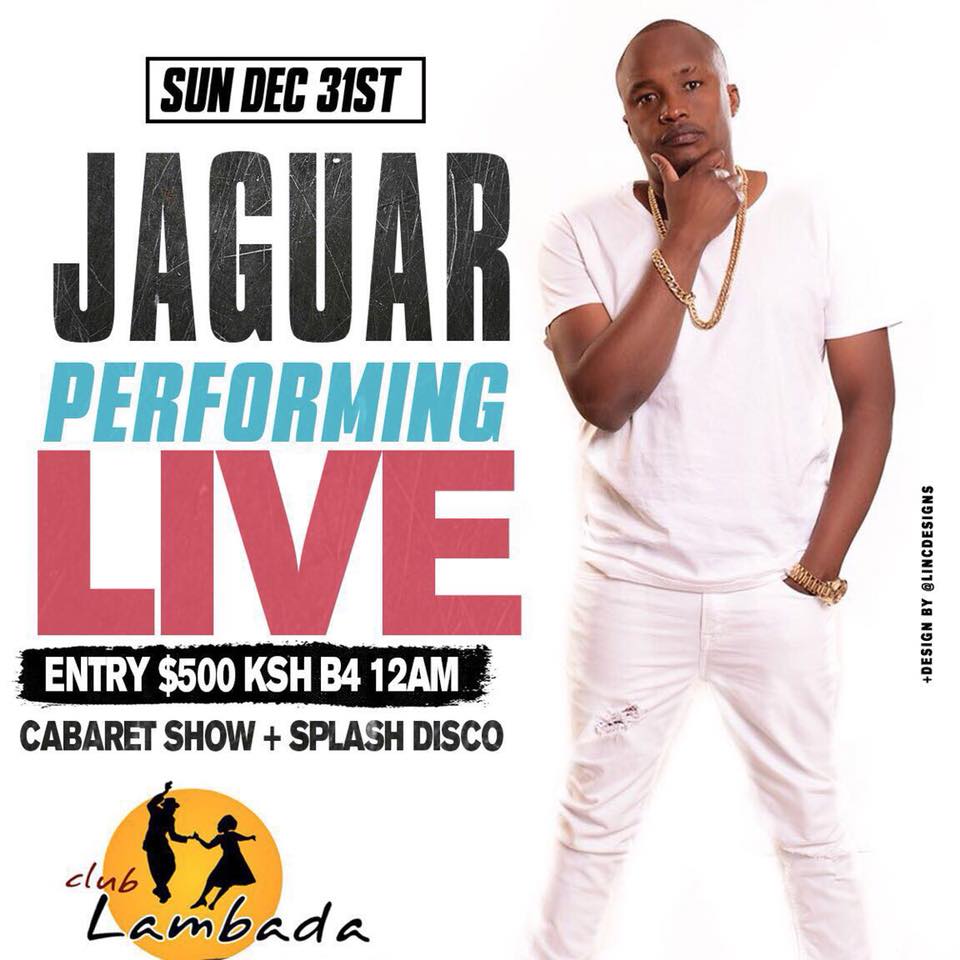 It’s not clear whether the price indicated on the poster was as a result of typing error. All the same Kenyans went on to troll the musician over the exorbitant ticket price.

Below are some of the comments from Kenyans after they found out Jaguar is charging 51k for his end year party:

Derrick Kevin Nyabuto: Haha entry is 500 dollars kshs, whatever currency that is lol. Your flyer is just as confused as your music. You couldn’t even check it for errors and you expect anyone to get any form of message from the garbage you call music.

Dan Awange: Lets be Civic, might be a typo error Entry IS…500KSH. Where is the pain in that. As to his passion of Music, Jaguar still has his fans alongside his supporters. Tukutane Lambada…..

Susan Odhiambo: I would have before but now I hate your music as much as I hate you so no….wewe mwenyewe nikigeugeu..

Oscar Owuor: Did you actually pay the moron who made that poster? Which currency is that. Jaguar is actually someone’s MP. The hell

George K Kiarie: Don’t play with Kikuyu’s.. Dollars sign is for those who are able to pay $500 and you can ignore dollar sign and pay your 500..business minded

Comfort Antallah: We sent you to parliament so that you stop singing this shitting crap ! Akothee ndio mwingine…

Meet wealthy Kenyans under 40 who are not known to many