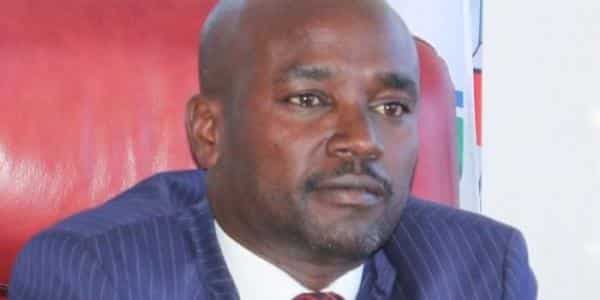 Details of the Man to take over as Bomet governor after Laboso’s death: Hillary K Barchok like most Deputy Governors in the country, is a man unknown to many Kenyans.

Bomet county’s second in command was the man behind the deceased woman of steel, Governor Joyce Laboso, who succumbed to cancer on Monday.

He bravely took on his boss’ duties when she was battling cancer abroad, despite several attempts to oust him from office.

Aside from his gubernatorial duties, the Deputy Governor is also a specialist in curriculum development.

He has a wealth of experience in the area of science education, having taught in High School and later at Chuka University.

Kenyan Man kills his two son after quarrel with wife

Barchok later rose in ranks to the position of Dean School of Education while at the Meru-based university, before embarking on his political career.

Besides duties relating to his career as an educator, Dr. Barchok played a significant role in empowering the community, by participating and organizing activities that promote entrepreneurial skills among the youth.

In June 2018, he was awarded an appointment to the Retirement Benefit Authority (RBA) where he was to serve as a board member.

With the passing on of Laboso, Barchok is set to fill up the void by assuming office as the governor.

If a person assumes office as county governor under clause (2), the person shall be deemed for the purposes of Article 180 (7)–

To have served a full term as county governor if, at the date on which the person assumed office, more than two and a half years remain before the date of the next regularly scheduled election under Article 180 (1)