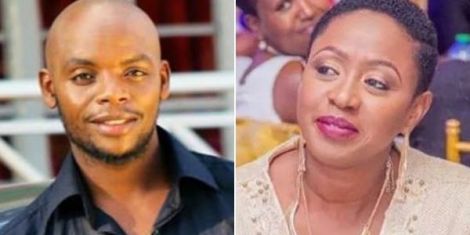 In early August, the musician travelled to the Asian country for his surgery and was hopeful that it would be successful.

Shortly after Chege’s visit, Gait revealed that he had undergone numerous tests and that his condition was getting better.

“I am doing well, been through lots of tests and I’m getting better. I should give an update in a day or two,” updated the singer.

He went on to add that the politician had visited him together with other Kenyans who flew to India to seek medical care.

The two deliberated on possible reasons why many Kenyans seek treatment in that country and what could be done to make Kenya’s health system more efficient.

“Mheshimiwa (Honourable)Sabina Chege came to visit Kenyans who are ailing here in India. She has gathered some good information on why so many Kenyans are coming here and how the government can intervene to improve our Health sector,” continued the musician.

In mid-August, rumours started circulating that the singer was suffering from throat cancerbut he quickly shut them down.

Speaking from New Delhi at the time, India, the musician urged those who were spreading the fake news to stop, noting that it was affecting his family.

“I would like to highlight something that I have noticed on social media, that I have come here (India) for cancer treatment and that I have throat cancer. I don’t know where that came from.

Below is a video of Jimmy Gait rubbishing cancer rumours: