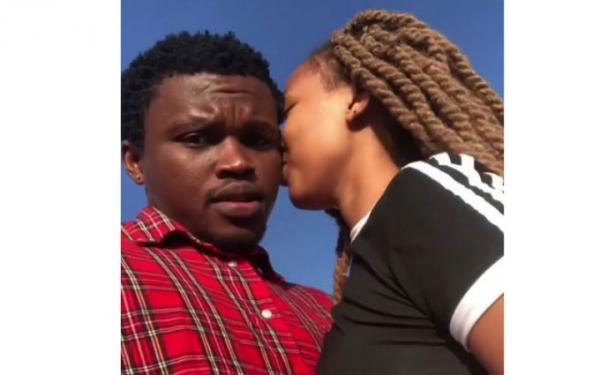 Comedian Vincent Muasya AKA Chipukeezy has officially revealed his new catch, only identified as Kibanja, weeks after breaking up with his fiancé of two years, Vivian Mandera.

Chipukeezy shared a video of Kibanja seemingly whispering sweet nothings to him on Boxing Day, confirming rumours that they are an item.

The dating rumour was sparked weeks ago after Kibanja shared an image wearing similar shoes as a woman in Chipukeezy’s Instagram stories.

Aside from that, the beauty had shared a photo alongside Chipukeezy in February this year.

Chipukeezy recently announced breaking up with Mandera, stating that they had decided to move on with their lives.

“We moved on because there is more to life than just love and relationships. People should stop speculating things, but instead let her move on with her life. She is free to be out there and get other people.”

“To be honest, we agreed that whatever we wanted to do together would not work out, and it was a peaceful agreement. Tulikua tunaenda Canaan tukapata mamba,” he said.