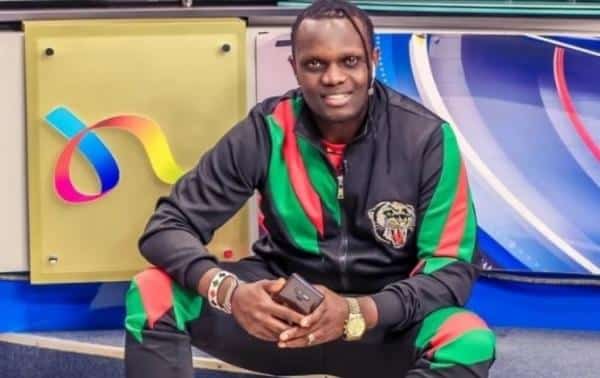 Kriss Darlin loses his job at NTV over Kibra seat bid: Kibra constituency parliamentary seat aspirant Kriss Darlin has parted ways with NTV over his declaration of interest in vying for the political seat.

According to the head of production and programming of NTV, Justus Tharao, by actively participating in politics, the Dohty Family founder violates the editorial policy.

Tharao further added that the decision to terminate his contract was mutual between the parties involved.

Despite the termination of the contract, Kriss Darlin will, however, host two more shows which he should take as an opportunity to bid his fans goodbye as he exits the show.

“Kris has made his decision that he is getting into politics and as per the editorial policy, he left us with no choice but to terminate his contract as the host of the Jam Rock Reggae Show.

“This decision was mutual between both parties. We wish him well in his future endeavors. He will, however, host two more shows to bid the fans bye,” said Tharao.

Recently, the DJ caused a stir online after he knelt in front of ODM leader Raila Odinga to seek his ‘blessings.’

ODM will hold its nominations tomorrow and 11 aspirants will be seeking the party’s ticket.

In a video seen by Ureport, Odinga assured the aspirants that he has no favourite and no one has been issued with a certificate.

Further, he urged all the aspirants seeking ODM’s ticket to treat the exercise as a friendly match since they will need each other even after the by-election.

Video:Mourners Absolve The Late Kivuitu Of Blame Over 2007 Bangled Election