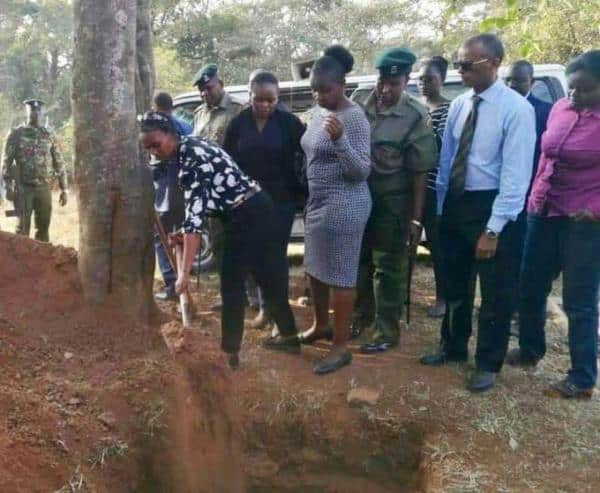 She is accused of murdering her husband and is due for psychiatric assessment before she pleads to the charge on September 26.Wairimu was arrested on August 29 after the police picked and interrogated her for the third time over the disappearance of Cohen on July 19, 2019, from their Lower Kabete home.She spoke at Cohen’s funeral at the Jewish Cemetery in Nairobi, where she had been allowed by the court to attend the interment.

Both Wairimu’s and Cohen’s family lawyers agreed that the burial of the businessman is conducted in accordance with the Jewish rights.The burial was postponed to Tuesday as there weren’t enough Jewish adults to constitute a quorum for the interment.A huge turnout was reported at Cohen’s interment, as local residents showed up to witness the final journey of a man they never knew, and only heard of about a month ago.While some of the Jewish men who performed the rite were in black coats, the majority were in casual shirts and jeans. Head bowed, they listened as Cohen was laid to rest. Wairimu, in a black flowered blouse, folded her arms in front of her chest, watching with a sad face, her husband’s casket being lowered six feet under, and she stood accused of his murder.Next to her, in dark glasses, was her lawyer Philip Murgor, perhaps the only man who believes her side of the story.Close to them were officers, a stark reminder that Wairimu is still a murder suspect.The mood was sombre, the Jews remained calm, with chatter characterised by weak smiles.