The nomination of the Jubilee’s candidate for the November 7 mini poll was invalidated by the electoral agency last Tuesday because his details were missing from the voters roll of 2017.

In the ruling by IEBC’s dispute resolution tribunal, Commission Chairman Wafula Chebukati on Monday announced that Mariga is eligible to vie for the MP’s seat that fell vacant following the death of Ken Okoth in July. 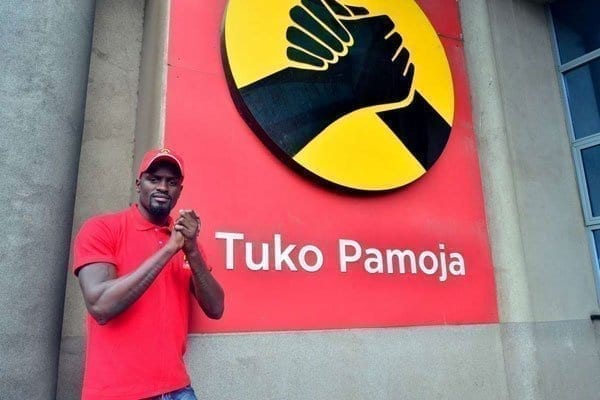 Mr Chebukati said the returning officer, who had blocked the football star, did not take into account the updated register from Starehe Constituency.

The legal team representing Mr Mariga led by Elisha Ongoya had called on the committee to remedy the error and allow the complainant to take part in the mini poll.

Mr Ongoya argued that the respondent, Kibra constituency returning officer Beatrice Saki Muli, erred in nullifying Mr Mariga’s candidature and as such, it will deny voters in Kibra a right to choose their candidate of choice as well as disenfranchise the rights of the complainant.

“I am not blaming the returning officer for making the error and even if it was an innocent mistake, it is one that must be corrected by the committee to give the people of Kibra a full menu of contestants to choose from,” said Mr Ongoya.

He submitted that Mr Mariga has all the requirements enlisted by the Constitution concerning elections observed that the laws points out that one only has to be a registered voter and the registration exercise is a continuous one.

“The law on registration during by-elections refers to that specific place where any continuous voter registration should be stopped and so the returning officer did not go farther to check the whole register,” he said.

However, the second interested party sought to have the appeal dismissed maintaining that the complainant registered outside the window required by the law and so should not be part of the aspirants.

Their lawyer argued that because Mariga registered at Kariokor Social Hall in Starehe Constituency on August 26, which is 12 days after the Kibra seat was declared vacant, he should not take part in the by-election.

He explained that Section 2 of the Elections Act describes a voter as a person whose names appear in the current register of voters but in this case, the electoral commission had suspended registration of voters and revision of the same on August 16 yet the complainant registered on August 26, 2019.

“Our submission is that this particular registration was not legal as an acknowledgment slip is not an evidence of registration but just an application for registration. And as such, the complainant therein doesn’t qualify to run as Kibra MP since he is not a registered voter,” the lawyer said.

Now cleared, Mr Mariga is hoping to be among the footballers who have left the playing fields of football and excelled in politics, notable among them legendary Milan and Chelsea striker Andriy Shevchenko, who scored goals for fun throughout his playing career, 1994 World Cup winner Romario and former PSG, AC Milan and Monaco striker George Weah, who is now the President of Liberia.