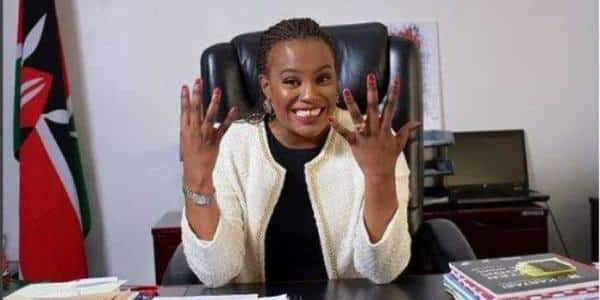 Uhuru’s Niece Reveals she was an alcoholic who didn’t worry about life: Kenyatta International Convention Centre CEO Nana Gecaga on Friday, October 4, opened up about the struggles she goes through for being related to President Uhuru Kenyatta.

Nana, who is a niece to President Kenyatta, stated that many people assumed that she could not perform her roles, claiming she rose through the corporate ladder due to her family’s influence rather than by merit.

“If that were true then we would be dormant. The president doesn’t come here and give me ideas,” Nana told KTN‘s Brenda Kerubo during an interview.

Despite being accused of being someone who had been handed life on a silver platter, Nana argued that she toiled for everything she had.

The mother of three explained that being related to President Kenyatta made her work even harder to prove herself in the corporate world.

“He (President Kenyatta) does not come and make sure that everything is working fine. So, that is a perception and it is about breaking that perception.

“We have people who come from families that are maybe less known and have become leaders and visionaries in their own right. So, I think we need to stop labelling people,” the CEO explained.

When asked what advice she wished someone had given her at the age of 18, Nana revealed that at some point in her life, she was just an alcoholic who didn’t worry about life.

Before joining KICC, She worked as a programmes and special marketing advisor at the Ministry of Tourism.