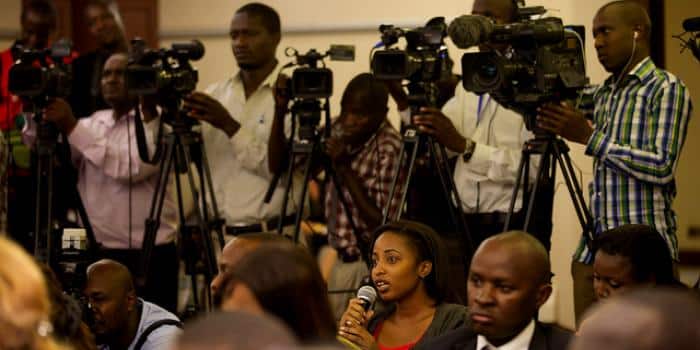 Radio Africa Group has begun a series of layoffs that are intended to help restructure and reposition the media company.

Radio Africa, which is located at Lion’s Place along Waiyaki Way, owns a couple of stations including; The Star, Classic 105, Kiss 100, Radio Jambo and Mpasho.

Highly placed sources from the media house told Kenyans.co.ke that some of the employees have already been let go.

“Some of the people in the radio departments and those who work for Kiss TV have already received their letters,” a source told our newsdesk.

Other sources indicated that other employees would be laid off on Thursday, December 19 and Friday, December 20.

In November, Radio Africa Group CEO Patrick Quarcoo announced that the company was struggling with financial obligations and had to let go of some employees to keep afloat.

“In the last four years, the media industry in Kenya and worldwide has undergone radical changes. Many media houses are struggling to maintain revenue through the traditional print and broadcast models,” read a part of a notice sent to the employees.

In a similar case, on October 30, 2019, Mediamax Network Limited fired 160 employees from the organisation.

Among those laid off from the station included highly salaried, editors and senior news reporters.

“As a company, we’ve tried everything, we looked at all the conditions including economic conditions and tried to minimize the effects of the proposed redundancy. We have followed all the due legal processes to ensure that the redundancy effect and the process is done in the best way possible.

“It’s been a difficult one month for everyone and it doesn’t go unnoticed,” acting Media Max CEO Ken Ngaruiya stated while briefing the employees.