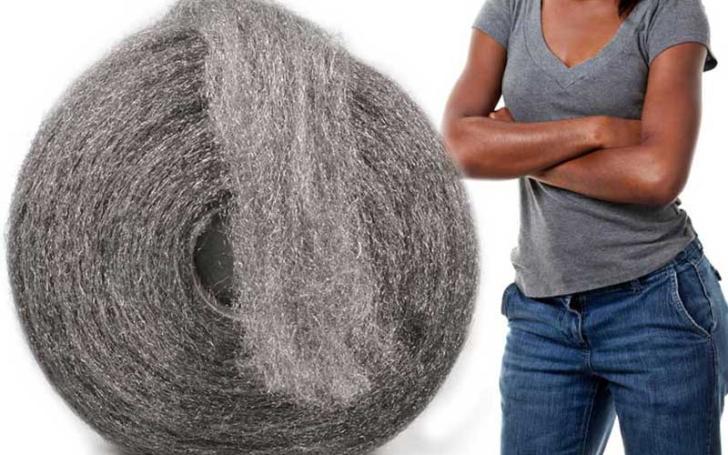 When your wife discovers you’ve been cheating and then keeps quiet, be afraid; very afraid.

Cheating brings with it heartbreak and humiliation with revenge not far away from a woman’s mind. There is nothing more potent like silent revenge as one way of skinning a male rat of a husband.

The wool flecks do not manifest immediately, but in less than six months, the cheating husband will be depleting his medical insurance with hospital visits more frequently than he had been seeing his mpango.

Valentine: Men, don’t break your backs to impress your…

Belinda Waweru, 61, a landlady in Nairobi’s Kayole area told The Nairobian that her son was saved by his boy who had witnessed the mother adding fine steel wool in his dad’s meals.

The son had been cheating on his wife, a salonist.

Belinda claims her grandson once visited her this year – and while she was cooking wondered whether she intended to spice things up by adding a little steel wool in his dad’s meal just like his mum often did back at home – food that children were not allowed to taste.

It dawned on cucu Belinda why her son’s health had been deteriorating.  The grandson’s comment made her summon her daughter-in-law. The marriage was dissolved, even though her son has not fully recovered from a sickening steel wool dosage.

Kelvin Mwangi, a clinical nutritionist at Precure Nutrition Clinic, told The Nairobian that those who have ingested steel wool over time often complained of bloated stomach and unusual pain for which he recommends two glass of milk daily. This he says reduces the rate of steel wool absorption in the body.

Besides steel wool, here are the other ways women revenge on cheating husbands…

Few things piss men off than their best friends bedding their wives. Women know this and there is no better revenge to pain a cheating spouse.

Lucy, a Nairobi medic, punished her cheating hubby by dating the best man at their wedding.

“He was the only guy my husband trusted. He knew most of his secrets – and whenever we had differences, he was the peacemaker despite being aware of my hubby’s faults. So I knew having sex with his best friend would be a stab where it hurts the most.”

Her cheating openly with the best man made her husband call for a truce and promise to mend his wayward ways.

Hacking, connecting a phone to parents

A woman can catch a cheating husband by spying on his phone. There is no better revenge than hacking the damn gadget and emptying lewd contents to his parent’s phones.

A flight attendant in Nairobi’s Roysambu area did just that.

“He often gave lame excuses, claiming the ‘sexy’ messages were being sent by prisoners from Kamiti. He had even saved the number as Kamiti,” says Margaret.

Margaret employed the services of a hacker. The dude linked her husband’s phone to hers as well as his parents’.

“His parents saw me as this spoilt girl who was out to stress their son. They thought I was just making up stories about his infidelity, says Margaret, Adding:“ They were all shocked when we hacked his phone.”

“I got my revenge and my allegations were proven. My mother-in-law was so embarrassed when she received a message from her son asking his mpango to avail herself for steamy love session. Some of the messages could not be read in front of my parents.”

Mganga to the rescue

Besides bedding his best friend, fewer things stress men than when ‘bendera ya Kanu’ refuses to pandisha its intentions. Witchdoctors come in handy when a wife wants to “zima pump.”

Anne Mwanzia, a businesswoman in Mwingi, Kitui County, could not take it anymore. Her hubby’s cheating profile included taking women to their matrimonial bed. She gave up on daily fights, visited a witchdoctor and followed his instructions.

That was in 2016. She was asked to choose between making the body of the mpango chick to produce this a decomposing smell – or making her hubby “useless” in bed.

“I sleep peacefully even if he goes away for a couple of months. I am sure he cannot cock his gun out there. The mganga ensured he cannot perform with any other woman beside me. I don’t regret it.”

Anne’s hubby tried evicting her but begged her to return after realising he couldn’t function with other women.

A couple of years back, a politician’s wife torched their house in Riverside estate in Ruaraka Constituency over accusations of infidelity.

They say revenge is a dish eaten best when it’s cold – and they don’t come any colder than a cold non-verbal treatment.

This is common in slums where cheating husbands are taught a few lessons in bodily harm from wives who hire goons to unleash thorough kichapo.

Mary Mungare, a hairdresser in Kilifi County, once framed her hubby after discovering he was eyeing a colleague at the salon.

He was beaten to a pulp followed by threats to keep off the woman.

“He is a very loyal man today. If he still cheats, then he must be doing it in a discreet and calculative manner,” says Mary of that incident in 2017.

A number of wives sire kids with other lovers and make their hubbies raise them as their own.

Justus Mwango an elder from Kakamega says it mostly happens to men who ignore traditions.

“Back in the day, you could tell if the baby carried your blood. Your grandmother would shave the baby’s head a month after birth as a ritual – the baby would die soon after the exercise if you were not the father.  That way, wives were scared of siring kids out of wedlock,” says Mwango.

Mwango laments that western civilization has seen many bring up other men’s kids.

Shaming you to majirani at night

In Eastlands, women don’t sweat the small stuff. They simply make their cheating hubby’s life a living hell by advertising their infidelity to anyone who cares to hear, mostly shouting to majirani how tired they are of the hubby’s adulterous ways with the Mama Mboga.

The embarrassment is enough revenge as Simon Kimani a caretaker in Dandora, Nairobi confirms, explaining thus: “It’s a common thing in Eastlands. Most women use it to fight their anguish and shame their hubbies.

“Majority of them are vocal and can’t be toned down once they start preaching about your amorous ways. The ‘preaching’ always comes late at night and early morning when people are preparing to step out – and it’s as quiet as a graveyard.”

Some wives brainwash their kids with lies and set them against their fathers besides depicting them as evil.

Gloria Wakio, a teacher, discovered her hubby. To teach him a lesson, she often created situations that led to her being slapped in front of the children.

The kids got scared and started avoiding their dad and “he was so traumatised, he felt that void of loneliness until he had to apologise to me and also begged me to make his kids change their attitude towards him.”

How victims lawyer sealed Ruto’s fate at the ICC

VIDEO:How Motorbike Thugs are Robbing People Outside Their Homes