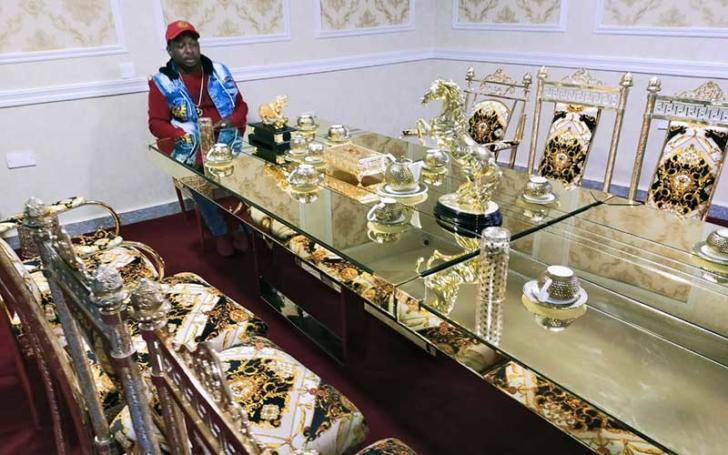 Nairobi Governor Mike Sonko’s troubles are far from over, especially if the Ethics and Anti-Corruption Commission (EACC) decides to investigate how he acquired his massive wealth.

The governor is believed to own a long list of assets, from residential homes in some of Nairobi’s most expensive addresses, to a long list of high-end vehicles.

An investigation by the Nation revealed that the governor is believed to own at least 19 properties, 10 companies and 24 vehicles, in addition to having undisclosed amounts of cash in at least 15 bank accounts.

A source at the EACC, who declined to be named, said the Commission intends to make an inventory of Sonko’s assets and ask him to account for them “just like any other person of interest”.

Sonko was last week charged with corruption involving the loss of Sh357 million in public funds.

The plan to make an inventory of his assets is not linked to the corruption case.

The governor is also expected to appear in a Voi court on Wednesday to answer to assault charges relating to his arrest 10 days ago.

A second entertainment joint, known as Club Wakanda in Westlands, Nairobi, reportedly belongs to his daughter.

A residential house in Buru Buru and another in Greenspan Estate, Nairobi, are also believed to belong to the governor.

Other properties are a beach residential property in Kanamai, Kilifi, named Sonko Family Resort, a hotel in Kilifi known as Salama Maridadi Beach Hotel and Club Volume in Shanzu, Kilifi, which sits on an acre, and an acre of land next to it.

Others are two plots in Kwale, a corner plot next to Equity Bank, Kimeramera Hotel, a 2.5-acre beach plot, a maisonette at Diani in Kwale and a house in Nyayo Estate, Embakasi, Nairobi.

For his transactions, the governor operates 15 accounts in at least five local banks.

The 10 companies he is believed to own are registered under various names, including Sonko Rescue Team, Sesame Investment Limited, Prudoli Investment, Primix Enterprises and Nairobi City County Senator Office.

His list of vehicles is an assortment of high-end juggernauts, fire engines, buses and saloon cars.

Meanwhile, the planned impeachment of Sonko has sparked divisions at the Nairobi County Assembly.

The assembly’s leadership is reading from different scripts with Speaker Beatrice Elachi and the new Jubilee party leadership on one side, while Orange party Members of County Assembly together with the former Jubilee leadership and allied MCAs are on the other.

Sonko was on Wednesday barred from accessing his office by the court, throwing the county government into a crisis.

Following the ruling, Nairobi ward representatives from both sides of the political divide have held at least three meetings over the past week with discussions over the status of the county government taking centrestage.

The governor is now looking at President Uhuru Kenyatta, ODM party leader Raila Odinga and Ms Elachi to come to his rescue with Nairobi MCAs keen to impeach him.

To thwart a possible impeachment of the former Nairobi Senator, President Kenyatta and the former premier could prevail on their lieutenants to go slow on the ouster motion, while Speaker Elachi could thwart the same by failing to gazette any recall of the assembly for a Special Sitting.

The MCAs reckon that to avert a full-blown crisis at the county government, which is in autopilot mode with Sonko barred from office, no deputy governor in place and the county’s accounts frozen, impeaching the governor is inevitable.

“We’re only left with two options — either impeach Sonko or the county gets suspended meaning that we all go back to the electorate to seek a fresh mandate. So we have no choice but to impeach him. We cannot go home because of someone else’s sins,” said Embakasi MCA Michael Ogada.

The county legislators have already written to Speaker Elachi requesting for a Special Sitting this week to discuss the state of the county with Minority Whip Peter Imwatok saying the collection of signatures towards the censure motion will begin today.

Mr Imwatok, who is also the Makongeni Ward MCA, maintained that before President Kenyatta and Mr Odinga pronounce themselves on the current leadership vacuum at City Hall, they are going to give direction.

He said: “Sonko cannot run Nairobi as a private entity …We are not going to pamper Sonko like a baby while letting the county go down the drain just because we want to make him happy. We’ve agreed that Sonko’s problem is not Nairobi’s or the assembly’s problem.”

But the Speaker has provided a perspective that is in stark contrast to that of the MCAs and is seemingly not keen on recalling the House from its December and January recess just yet.

In her communication while adjourning the assembly last week, Ms Elachi indicated that she was awaiting an advisory opinion from the Attorney-General’s office and the relevant bodies concerning the unfolding scenario at the county government.

“This situation is unique, hence it’s important that we wait for the way forward. The assembly will proceed for recess as we wait for a Special Sitting pursuant to provisions of Standing Order Number 30 should the need arise,” she said.

This is the line she has stuck to since last week, only adding that she is waiting for a response on the way forward from AG Paul Kihara after writing to him for a way forward.

Ms Elachi’s stand is supported by the new Jubilee leadership at the assembly and party MCAs coalescing around them, who have insisted they are waiting for the party’s direction as well as the advisory from the AG.

“We are waiting for what our party will tell us since Sonko is a Jubilee-elected governor. We’re also waiting for the way forward from the Attorney-General,” deputy majority leader Millicent Mugadi, who is also the Ziwani Kariokor MCA, said.

However, MCAs from ODM and some Jubilee Ward Representatives in support of the former leadership are spoiling for battle with Mr Imwatok and former Majority Leader Abdi Guyo, maintaining that it’s not the prerogative of the Speaker to accept or refuse a request for a Special Sitting as the same is enshrined in the Standing Orders of the assembly.

“The Special Sitting letter is already before Ms Elachi and we hope that on Monday (today) she will sign it so that we start discussing the state of the county,” Mr Imwatok said.

Last week, ODM Ward Reps walked out of plenary session in protest after Speaker Elachi adjourned the House despite the opposition ward representatives calling for its extension for a further three plenary sittings.

They insisted that operations are going on smoothly as there are structures in place and the county is not a one-man show.

“There’s no vacuum in Nairobi as Sonko is the governor and he remains so. The only duty he cannot do is transfer and fire staff,” Mr Thuo said.

NKAISSERY YET TO QUIT AS MP-FORMAL APPOINTMENT ON HOLD

Kenyan Professor in Worcester Consortium of Colleges Passes On