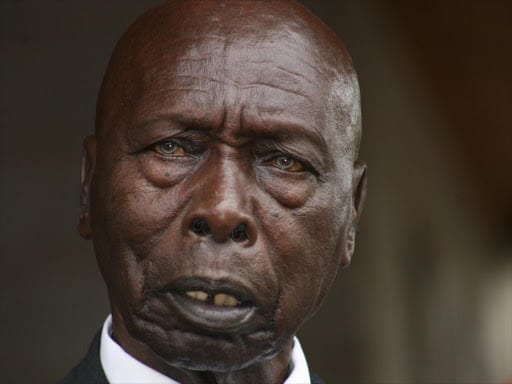 Doctors at the Nairobi Hospital were last week forced to put former President Daniel Moi back on life support machines.

Sources say that no sooner had the machines been put off than Moi’s condition worsened.

He is now on complete life support system at the hospital’s intensive care unit. The machines help him breathe and clean up his kidneys.

Moi is 95 and some of the health conditions are age-related.

His health situation has not been stable since he was rushed to the facility in October last year.

At the time, his spokesman Lee Njiru had said the visit was for a normal check-up but since then he has been re-admitted four times.

Moi’s medical team led by his personal doctor David Silverstein are said to be managing recurring complications that have kept him at the hospital for almost three months.

During Moi’s initial admission to the hospital, he was treated for pleural effusion, a medical condition where excess fluids accumulate around the lung areas.

On January 27, 2017, he underwent minor surgery on the knee at Aga Khan University Hospital in Nairobi.

Moi took over as Kenya’s second president following the death of founding President Jomo Kenyatta in 1978.

His long-time friend and presiding bishop of AIC Silas Yego two weeks ago urged Kenyans to keep praying for the former President who ruled the country for 24 years.

Yego said Moi is “experiencing normal challenges which we want God to deliver him from”.

“I have been his pastor for over three decades now and I have known him personally as a man of prayer. Even now when he is having some physical challenges due to old age, I know he prays a lot,” he said.