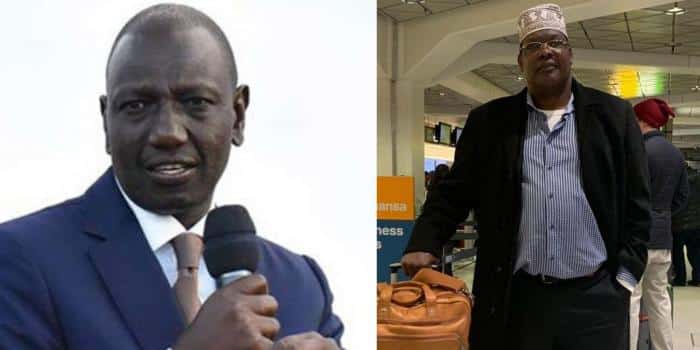 Alluding to comments by Ruto on Sunday, January 12, that government officials needed to comply with court orders, Miguna told the Deputy President to deliver the same message to President Uhuru Kenyatta whom he blamed for disobeying court orders to facilitate his return to Kenya.

“To William Ruto: Make a decision whether you support the rule of law and the obedience of all court orders or you don’t. Stop blaming CJ David Maraga. Maraga does not head the police.

Speaking at the opening of Olerai Bethel Africa Gospel Church in Narok County, Ruto maintained that the Jubilee administration believed in the rule of law as he reiterated that court orders were not to be ignored.

“Every public official must know that the Jubilee administration is a democratically elected government on the basis of the rule of law.

VIDEO: DP Ruto arrives at Kabarnet to condole with…

“The Constitution is not a book, it is the law. Court orders are not pieces of paper, it is the law and therefore we want every public servant to understand that the basis of our democracy and nationhood is the respect for the rule of law,” Ruto stated.

Ruto warned that a tendency to disrespect for the rule of law could lead to the country descending into anarchy. He asserted that public servants found disobeying court orders would carry their own crosses.

Miguna failed in two attempts on Tuesday, January 7, to board flights from Europe to the Jomo Kenyatta International Airport (JKIA) in Nairobi.

In both cases, the airlines (Lufthansa and Air France) cited requests from Kenyan authorities not to allow Miguna aboard the flights.

Miguna’s lawyer John Khaminwa had lamented the government’s continued disregard of court orders, telling this writer that they were running out of options having secured over 18 court orders on different dates.

“My emphasis was on the disobedience of over 18 court orders on Miguna Miguna. It’s unacceptable, the Attorney General or a senior official needs to explain, they cannot keep sending junior officers to court.

“What are we to do? We are lawyers, we have court orders, we don’t have guns or an army,” he told Kenyans.co.ke on Friday, January 10.