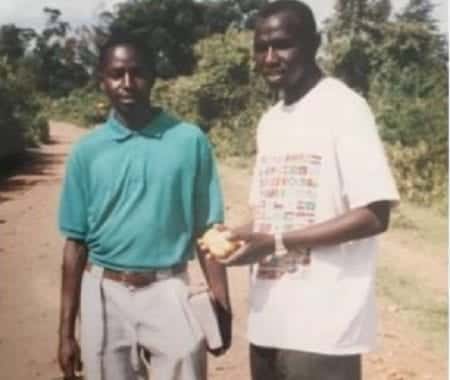 Elgeyo Marakwet Senator Kipchumba Murkomen revealed to Kenyans that he was once a pastor at Ngara, Nairobi, during an interview at Kiss 100 on Thursday, January 30.

During the interview, the Senate Majority leader said that when he started, many people attended the church, but later on, they left because of his accent.

“I was a mini pastor. At first, many people would come, and because of my accent, people left, which meant we couldn’t collect much. I hadn’t learned how to speak in tongues,” said Murkomen.

Murkomen further stated that despite not collecting a lot of money from the church to pay for his university fee, he still believes in preaching.

“I was a real preacher, and I still believe in it. I was not in the church just for money. There was content, but I also needed the money to pay for university,” he continued.

In the interview, the senator caught the attention of most listeners when he revealed that he was a Christian Union chairman while studying at the University of Nairobi.

Kipchumba also revealed that during his period in high school, he would speak in Marakwet to confuse other people who were speaking in tongues so that he didn’t feel left out.

“When I was in high school Pastors used to come, and people are speaking in tongues, so because I was not, I decided that I need to start speaking in Marakwet to confuse people because the pastor will never understand. I did it because I did not want to be left out,” stated Kipchumba.

The legislator first hinted on being a preacher in 2018, where he posted a throwback photo on his social media pages and captioned it ‘TBT Preaching the Good News.

In August 2019, Kichumba Murkomen’s father, Johana Murkomen Kanda, was ordained as a reverend alongside other 16 pastors.

When it came to advising youth, Murkomen asked young Kenyans not to lose as they would not have the energy to hustle. He gave an example of his background, where he used to walk from Ngumba estate to Westlands to hustle.