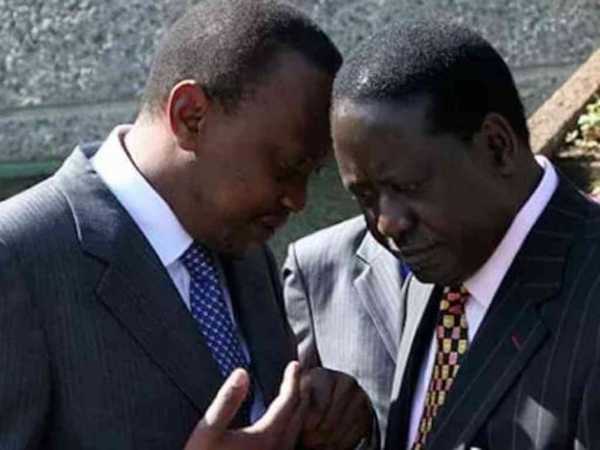 A report by Daily Nation on Friday, January 31, stated that Odinga reached out to Siaya Senator James Orengo and asked him to call for an adjournment on Tuesday, January 21.

This was after Senate Majority Leader Kipchumba Murkomen, Ruto’s ally, had suggested a list of committee members to probe the governor’s impeachment, many who were allies of the DP.

Murang’a Senator Irungu Kang’ata (deputy majority whip) also reportedly reached out to State House to protest over Murkomen’s plan. Kenyatta and Odinga thus mobilised legislators against the plan, urging that Waititu’s impeachment be discussed by a committee of the whole house.

Odinga also called for a secret meeting with his NASA brigade on Wednesday, January 22, where he pleaded them to vote out the governor.

“The president is keen to see the governor removed and he is seeking our support. We have a duty to support him and I plead with you not to let him and I down,” Odinga urged as stated by insiders.

“Murkomen brought exclusively Tanga Tanga names to the committee. I urged him to change, but he refused to make it more accommodating. Our differences spilled out to the floor and we mobilised and got it rejected. It was Uhuru versus Ruto,” Kang’ata was quoted by the outlet.

On Wednesday, January 29, Waititu was sent home by the Senators, despite Murkomen’s plea to save him from the ouster.

“I can see the mob lynching of the governor. The politics of the day is favouring his lynching. But politics change. Times change. If God gives me the opportunity to be in this house again, I will be very happy when another governor, who has been one of us, is brought to the dock.

“I know what vehicle drove people to what direction. I want to make it abundantly clear, when it walks like a duck, looks like a duck and quacks like a duck, it is a duck,” Murkomen stated before moving the motion upon the request of Speaker Kenneth Lusaka.

Out of the 11 senators Murkomen had picked for the rejected committee, four of them voted for Waititu. These were senators Kihika, Oloitiptip, Linturi, and Godana.

A relentless Murkomen went on to cast aspersions on the Judiciary’s decision to swear-in Kiambu Deputy Governor James Nyoro to replace Waititu.

Taking to his social media platforms on Thursday, January 30, Murkomen lamented that the oathing ceremony was not planned in accordance with the constitutional requirements.

“A High Court judge cannot preside over swearing-in of DG of Kiambu to be a governor before 10 days are over and before they gazette the date, time and place for conducting the swearing-in ceremony.

“But you know what? Everything is working like a clock in the new Kenya. If the Judiciary is eager to do this then nobody can stop reggae,” he wrote in reference to ODM leader Raila Odinga’s sentiments on the force of the BBI report.

On Friday, January 30, Murkomen via Twitter hinted that President Uhuru Kenyatta had a role in Waititu’s impeachment.

“At no point did  Kenyatta ask me to help him impeach Waititu, even though his name was dropped all over the Senate. I was and I am still convinced that the right threshold was not achieved in the county assembly to impeach the governor. Sadly politricks won,” Murkomen tweeted.