DJ Poison Ivy knows how to get fans on their feet, and keep them there.

Awino was born in Kenya and primarily raised in Dallas, but American Airlines Center,home for the Dallas Mavericks might be her true home. Awino was a ball kid for the Mavericks from 2003 to 2008. Today she’s the team’s first female DJ and only the second female DJ in the league. As she walks through the arena, she’s taken down memory lane.

“This is where I met Chris Brown,” she says. “And Tyra Banks there.” Then she points at an open area. “Right there, I remember them rolling out the trophy. Right there; when we lost the finals in 2006. I had so many memories in this building.” 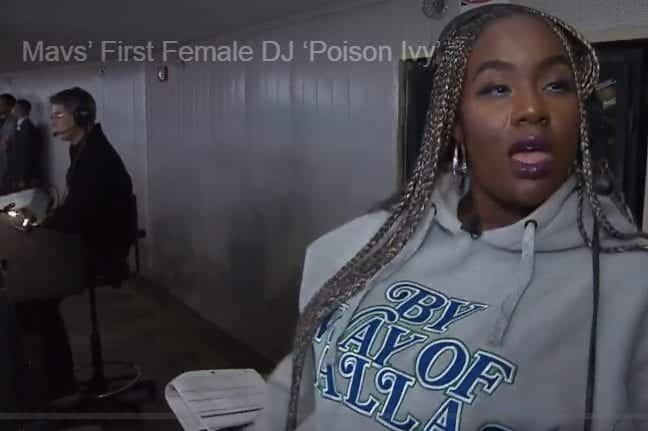 As a child, Awino loved sports. But her real dream was to one day become a pop star. When she was 5, her grandmother gifted her a 12-key baby grand piano and she also learned to sing and play the cello.

At 9, she moved to America to attend The Hockaday School, and went on to study musical theory at Marquette University in Wisconsin. During college, she worked as a street team intern for Atlantic Records, where she met her now-manager, Joy Young.

After graduating Marquette, Awino moved back home to Dallas to raise her newborn baby while also freelancing as a DJ. The Mavs hired her in 2016, so she’s now able to indulge both her love of music and sports in her job.

If you pay close attention, there is always sound during a Mavs basketball game. Whether it’s music playing during a timeout or a simple “Defense” chant, there is sound. And Awino is the woman behind it all.

An African Male Problem: Ex Wives as Friends or Lovers?