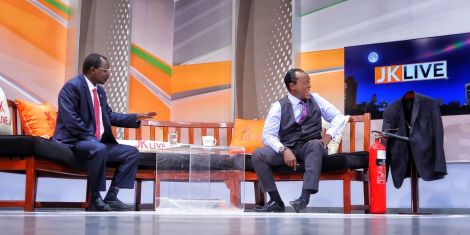 West Pokot Governor John Lonyangapuo’s angry rant at a dispensary in his county has attracted intense reactions from Kenyans across the country.

In a video posted by the Daily Nation on Twitter on January 20, 2020, the visibly angry Lonyangapuo is seen lamenting about the nurse on duty at the rural dispensary failing to open the facility in time, before issuing a threat to terminate his employment.

The video that was recorded over the weekend, shows the governor assuring that the following Monday, the nurse in question would be sent packing.

“This person is behaving like a primary school teacher who goes home over the weekend, forgetting that sickness does not know weekends. We pay the nurses here over Ksh100,000 per month, more than what a professor earns. He will lose his job on Monday next week, he will finally get a chance to stay in his home for as long as he wants” he lamented.

Lonyangapuo, in his rant, had complained that the week before, the Kenya Medical Supplies Authority (Kemsa) had delivered over four lorries of medicine to the region as was required and thus there was a lot of work that needed to be done.

He further lamented that it wouldn’t be the first time they were disappointing him when it came to project implementation as required despite the availability of resources.

“I gave a 10,000-liter water tank two years ago to every health center in the community, but they have not been able to fix it themselves. It only requires about Ksh2000, and Ksh3000 to fix a tap. You want me to come and fix them for you?” he posed.

The source, who wished not to be quoted, indicated that the Governor had made those statements in a fit of rage but would not take action of such magnitude on the nurse in charge of the dispensary.

“I think everything might have been blown out of proportion. He was on his way to a function on Saturday, January 18, when he passed by the dispensary known as Lorsam which was yet to open as required and he got angry.

“Nobody has lost their job yet. I don’t think that the governor will go that far either. It must have been in a fit of disappointment that he made the statements,” the source explained.

The video drew an overwhelming reaction from social media users, some of whom came to the defence of the governor and others who castigated him for being too hard on the workers. 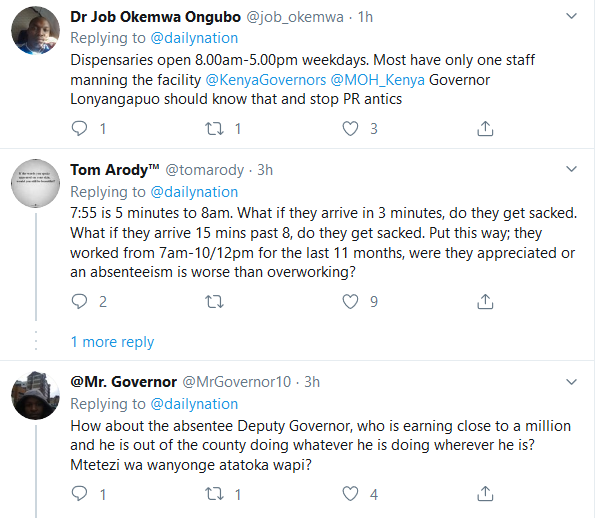 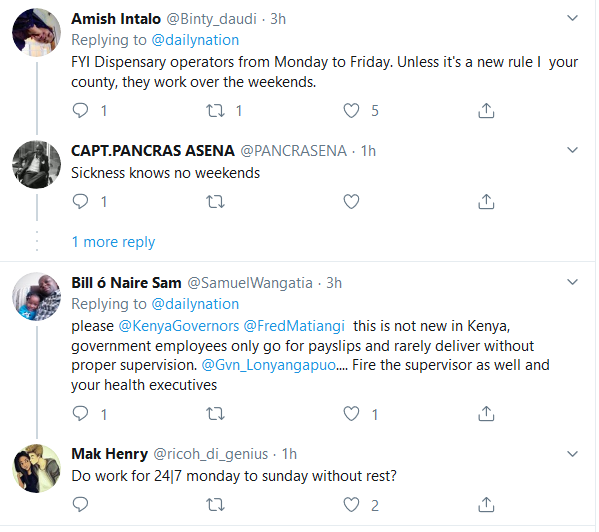 ‘This person is behaving like a primary school teacher who goes home over the weekend, forgetting that sickness does not know weekends. We pay them over Ksh 100,000 per month. Well too bad, job lost immediately’ ~ Lonyangapuo storms dispensary sacks absentee nurse 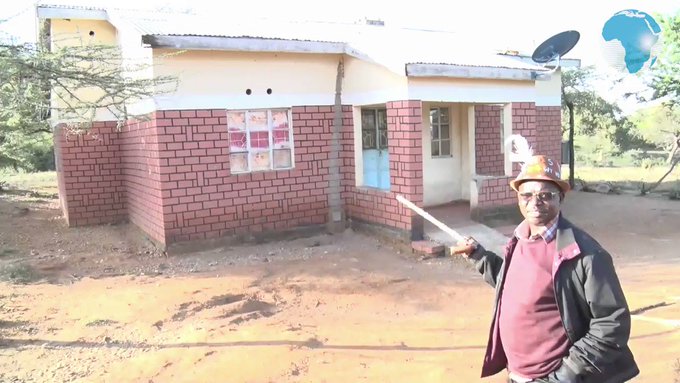 Ruto jets out to face off with Bensouda

Tripping badly: Why Raila has got it all wrong with the Rift Valley