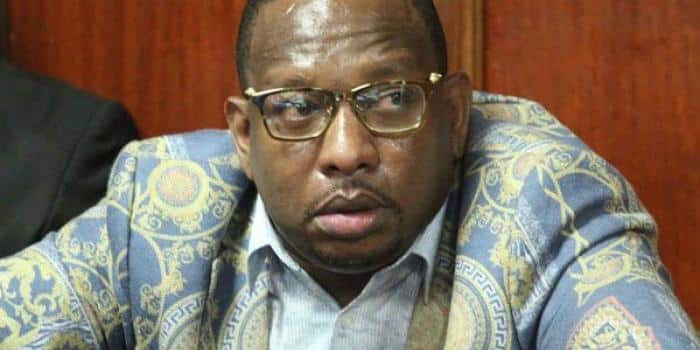 It does not appear to be getting any easier for embattled Nairobi Governor Mike Sonko following yet another unfavourable court ruling in one day –  Wednesday, February 26.

High Court Judge Mumbi Ngugi issued orders freezing accounts of two companies that were flagged by the Assets and Recovery Agency, over allegations that Sonko employed them in defrauding the county government.

As first reported by Citizen Digitial, one of the accounts held at Equity Bank under the name of Hardi Enterprises Limited had Ksh 1,582,677 while the other, held at Sidian Bank River Road Branch under Toddy Civil Engineering Company contained Ksh 6,995,427. 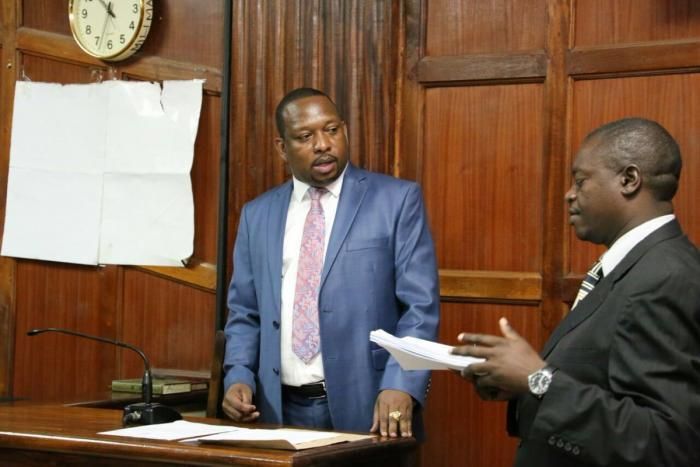 “Investigations established that Toddy Enterprises Limited and Anthony Nganga Mwaura are conduits used by Mike Mbuvi Sonko and they jointly stole funds from Nairobi County Government and they were charged subsequently,” the court papers read in part.

The two companies along with their representatives were ordered against transacting, withdrawing, transferring, or dealing in any interests in relation to the funds held in the two accounts.

The Assets Recovery Agency in its investigations allegedly established that the Hardi Enterprises Limited Equity account received a reported Ksh 176 million in suspicious transactions from Nairobi county between October 15 and November 22, 2018.

The Agency stated that Todd Civil Engineering on December 17, 2018, moved Ksh 3 million from its Equity account to  Sonko’s.

The publication further reported that between April and mAy 2017, both companies deposited a total of Ksh 3.6 million into the embattled governor’s accounts.

“Investigations conducted by the Assets Recovery Agency into money laundering of crime have established that the respondents are beneficiaries and have acquired assets obtained from proceeds of crime,” the court papers read in part.

Fredrick Musyoki, a lead police officer in the Agency, filed a supporting affidavit revealing huge and suspicious money deposits, withdrawals, intra and inter-bank transactions involving accounts within the banks and other banks. 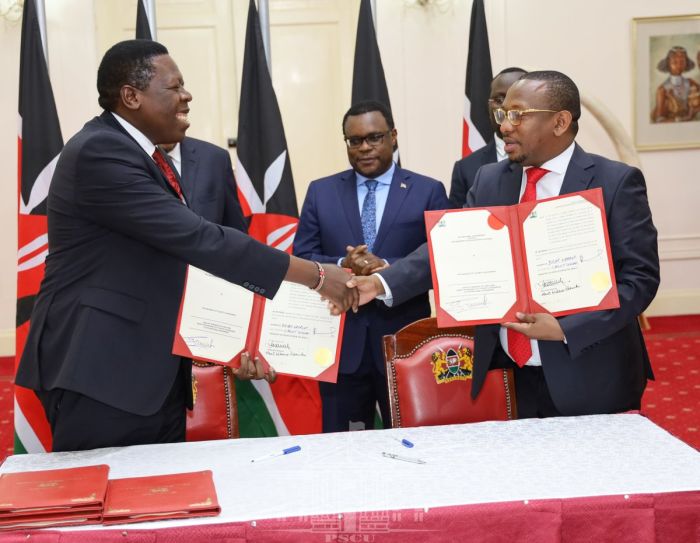 Nairobi Governor Mike Mbuvi Sonko and Devolution CS Eugene Wamalwa shake hands after the signing of the agreement in which functions of the Nairobi County Government were handed to the National Government on Tuesday, February 25 at State House.
PSCU

The ruling comes a day after Sonko and Devolution Cabinet Secretary Eugene Wamalwa in concurrence with President Uhuru Kenyatta signed an agreement in which functions of the Nairobi County Government were handed to the National Government.

In a statement that was sent to newsrooms on February 25 by State House Spokesperson Kanze Dena, stated that the handing over was done in pursuant to Article 187 of the Constitution.

The signing of the agreement was witnessed by the Speaker of the Senate, Hon. Kenneth Lusaka and Attorney General, Paul Kihara.

The hand over will ensure Nairobi residents receive services efficiently. The move comes as a breakthrough in the running of county services that had ground to a halt.