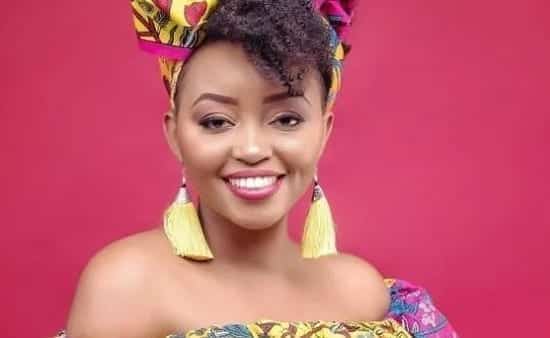 This statement best captures Kenyan tech sensation Carol Kariuki, and her remarkable voyage to the very top of her industry.

In an exclusive interview with Kenyans.co.ke, the Facebook Developer Circles Community Nairobi Co-Lead and software developer opened up on her rise -which involved scholarships from both Microsoft and Google. 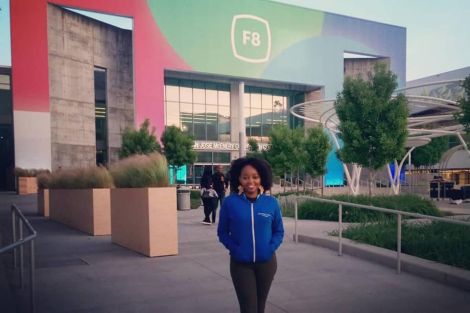 “I have always had this immense spirit of curiosity. I would try out things just to find out what would happen. I would carry out experiments on my body. I remember being rushed to the hospital several times because I wanted to find out if beans would fit in my nostrils and how that would affect my breathing.

“My trait of wanting to find out why things worked as they led down the software engineering path, to create programs that would perform tasks and solve problems,” she stated when asked how it all started.

A second-born to a pharmacist father and a fashion designer mother, Carol went on to join The Kenya High School, where her interest in the tech world was fueled by one of her earliest influencers – Mary Amisi Ncube, her then computer studies teacher.

“I took computer classes in high school as a major and my teacher was very instrumental in pushing our minds to think of the future of technology which was outside our classroom curriculum,” she narrated.

On why she chose her specific career path, she confessed to being the kind of person who gets bored easily, making the ever-evolving field of software development a perfect for her. 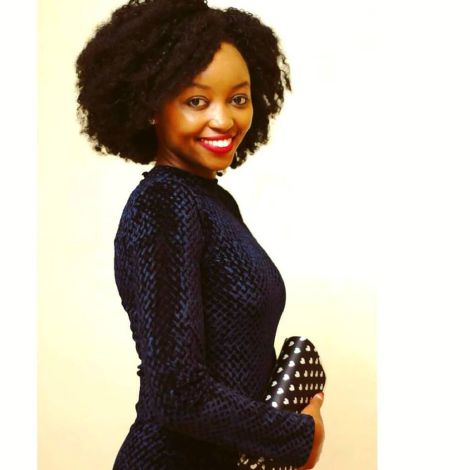 In just a few months, the eager student published her first application on the Nokia Applications Store.

“I developed for the Symbian Platform and had numerous apps on the Nokia store. I got featured for my work in different publications and also earned scholarships from Microsoft and Google to advance my skills to Windows Phone Development and Android respectively,” she revealed.

This launched her profile to stratospheric levels, and she soon found herself working as the country lead for Facebook Developer Circles Program.

The program focuses on bringing developers together to learn, collaborate, code together and build on the Facebook platform, but not limited to Facebook technologies.

“Out of my interaction with other developer communities, a friend of mine, who was the Nairobi Lead at the time, was looking for a team to help him run the community. I jumped right in because it was something I had always wanted to do,” she explained.

This led to another remarkable milestone in her blossoming career, as she was soon whisked away for the full Facebook experience at its headquarters in Silicon Valley, US.

She was then handpicked alongside 40 other community leaders, creators, developers, and entrepreneurs from across Sub-Saharan Africa invited to attend the Facebook Icons of Change event in Accra Ghana in August 2019, where she was selected as the Most Inspiring Female Lead.

Watch Carol during an interview held at Facebook headquarters in the US below:

The tech whiz who first came across a computer when she was a 10-year-old is now championing a cause to push more women into the male-dominated field.

”My dream is to a see a future where there’ll be no female programmers, there will be just programmers,” she stated, invoking the famous Sheryl Sanberg quote.

An avid reader, Carol draws inspiration from multiple sources, but she quoted her high school friend and mentor Lorna Ogolla, when asked to single out the most inspirational quote.

“She was about to do her last exam and I wanted something to live by. I expected a deep quote, but all she said. was ‘God Always’. It was simple, yet so profound,” she explained.

Lorna went on to win a scholarship at the prestigious MIT in the US, later on landing another scholarship to join Stanford University, and current;y works for Google in California.

Uknown to most, Carol who is also the lead software developer at VitMob in Nairobi (a web-based company that developed software to help Kenyans shop from stores in the US and the UK from the comfort of their homes or office), is also a singer.

“I took commercial projects with Kubamba Krew (KKrew) where we did a song with various artists such as Kambua, Mercy Masika, Kelele Takatifu amongst others. I also got to do voice-overs for Kkrew that aired on Citizen TV. Music is something I’ll always love,” she revealed.

Carol recently enrolled for a course in Data Science, a path she went on to reveal was next on her remarkable journey.

“Going forward in my career, I want to transition into Data Science related roles,” she stated.

The tech whizz also stated that she was driven by her incessant need to give back to the community and champion for the participation of women in the tech world.

“I have seen the number women in my community rise as a result of creating programs and events that focus on women, hence giving them a platform to showcase their skills and have their voices heard,” she remarked 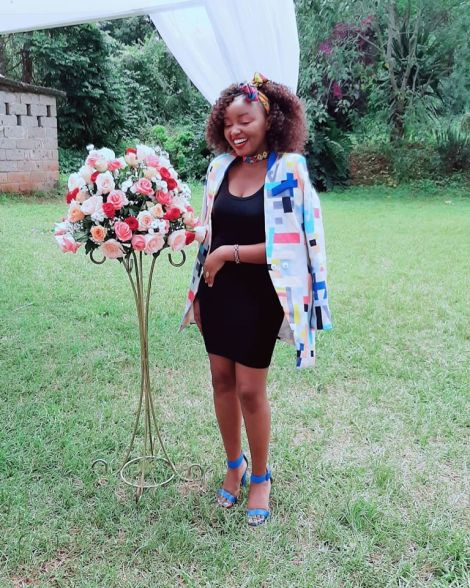 Software Developer Carol Kariuki pictured during a wedding in Nairobi on December 13, 2019.