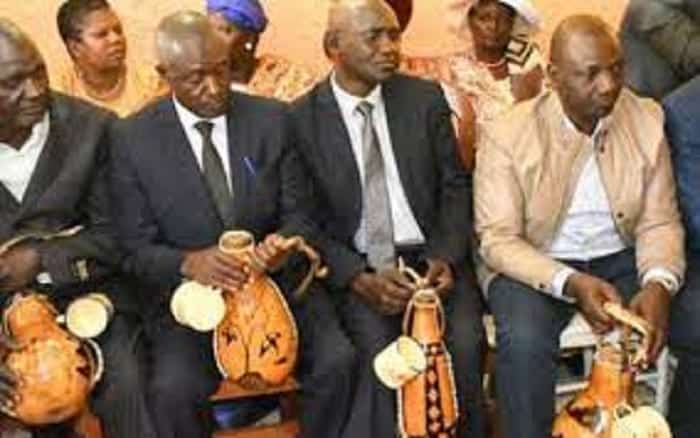 The Deputy President William Ruto with a group of elders today negotiated dowry for his younger brother David Ruto in Uasin Gishu County.

David Ruto, a businessman, is seeking the hand of Carol Kitur who reportedly is a staffer at an international media company.

The DP is seen on a waiting bench at a village in Ziwa holding a gourd and cup. The gourds are used to store and serve traditional sour milk popularly known as mursik.He is accompanied in the day-long negotiation by Uasin Gishu Governor Jackson Mandago, Kapseret MP Oscar Sudi and Soy’s Caleb Kositany.

The ceremony known in Kalenjin as Koito is characterized by tough negotiations spearheaded by elders.The media was locked out of the private ceremony. It is not clear whether Ruto attended as a negotiator or in support of his brother.The talks determine the number of cows David will pay before marrying Carol.