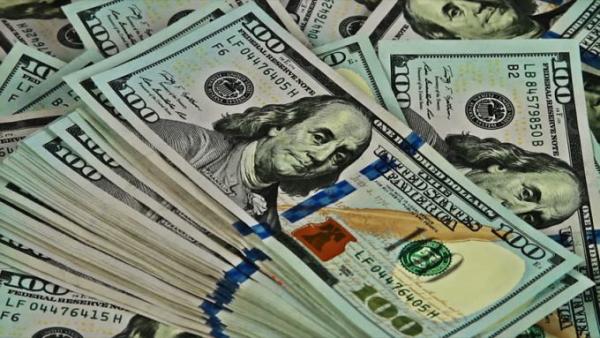 The rate at which Kenya minted millionaires between 2014 and 2019 was the fastest in the world, a new wealth report has shown.

The number of individuals worth Sh100 million and above increased by 263 per cent between 2014 and 2019, beating even China.

The creation of dollar millionaires is despite a dire state of the economy in which businesses have been sacking workers and closing shop.

Kenya’s rate was higher than China’s, the world’s second-largest economy and which during the period enjoyed faster economic growth than Kenya.

National Treasury estimates the economy to have expanded by 5.6 per cent last year, a slow-down compared to 6.3 per cent in 2018.

But ironically, some Kenyans suddenly found themselves super-rich, with the number of dollar millionaires growing from a low of 800 in 2014 to a high of 3,360 in 2018 before it tapered off to 2,900.

The finding by property management firm Knight Frank shows that the 263 per cent growth in the number of dollar-millionaires during the period was by far the fastest in the world, even as majority of Kenyans struggled to put food on the table.

Various reasons can be attributed to the drop, key among them the revaluation of investments and crack down on corrupt individuals.

The baffling statistics are contained in the Wealth Report 2020, which sought to get a tally of high net worth individuals from 44 countries, including the US and China.

While the size of Kenya’s economy – measured by adding up all goods and services produced in a year – expanded by an average 5.64 per cent between 2014 and 2018, that of China grew by an average of 6.88 per cent during this period.

India, which enjoyed a higher economic growth during this period, 7.2 per cent, minted new dollar millionaires at a rate of 168 per cent. In a country where majority of its population are poor, this is likely to ignite debate on how people became overnight millionaires.

Samuel Nyandemo, an Economics lecturer at the University of Nairobi, believes the growth in the number of billionaires in Kenya is skewed, and does not reflect the economic situation. “If they are rich as they claim, how did they accumulate their wealth? Is it by engaging in productive activities or is it by stealing?” Dr Nyandemo asked. “If this wealth was created genuinely, it would have trickled down to the economy”.

Kenya’s high rate of dollar millionaires compares badly with the sluggish growth in the growth of employment figures. The number of Kenyans who earn less than Sh100,000 in a month increased by only 14 per cent during this period, according to official figures.

Amid a difficult financial environment, which has seen companies shed jobs and others shut down, the International Monetary Fund recently released a report that showed the value of what Kenya produces in a year, its gross domestic product (GDP), is poised to surpass the Sh10 trillion mark this year.

The Wealth Report found that the number of multi-billionaires dropped by a massive 499. This coincided with the crackdown on corrupt state officers and tenderpreneurs that saw several individuals dragged to court.

The 2014-19 period was characterised by a number of massive theft of public funds. Some of these scandals include embezzlement of public funds at the National Youth Service (NYS) through fictitious supplies to the state corporation.

Another scandal revealed how a secretary at the National Hospital Insurance Fund (NHIF) allegedly owned eight townhouses in the upmarket Green Park estate off Mombasa Road in Athi River. A villa townhouse in the area cost upwards of Sh35 million. He also has a fleet of posh cars. Then there was the baffling case of a 38-year-old millionaire messenger from Migori who raked in Sh700 million for allegedly offering consultancy services to State departments. A messenger sits at the lowest rung in the salary scale in the civil service, taking home an average monthly salary of Sh20,000.

The number of Kenyans worth Sh3 billion and above, mostly in real estate, increased from 16 in 2014 to 42 in 2019. A year earlier, there were 48 super-rich individuals.

The US had the most number of dollar-millionaires, 16.4 million, followed by China with 7.3 million individuals who are worth Sh100 million and above.

Nairobi among fastest growing millionaire cities in the world