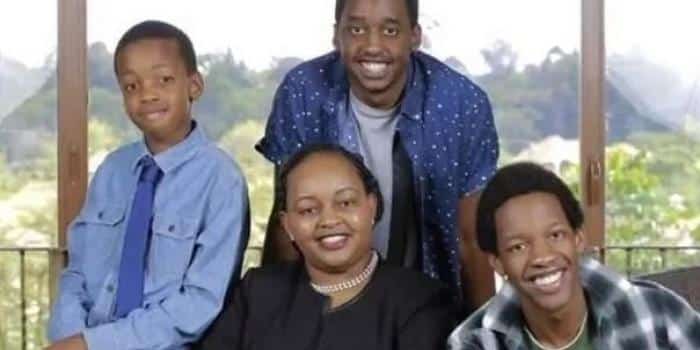 Kirinyaga Governor Anne Waiguru, has blossomed into a powerhouse in Kenyan Politics, however, her little known journey to the very top is riddled with moments that shaped her into the woman she is.

Born in 1971 at Pumwani Hospital, the young Waiguru spent most of her time in her home village of Gariama, Kirinyaga County.

“When schools were closed, I used to take a bus – it was called kimoree, to Kirinyaga. They later introduced a new bus which really had us excited,” she narrated during a candid interview aired on Maisha Magic. 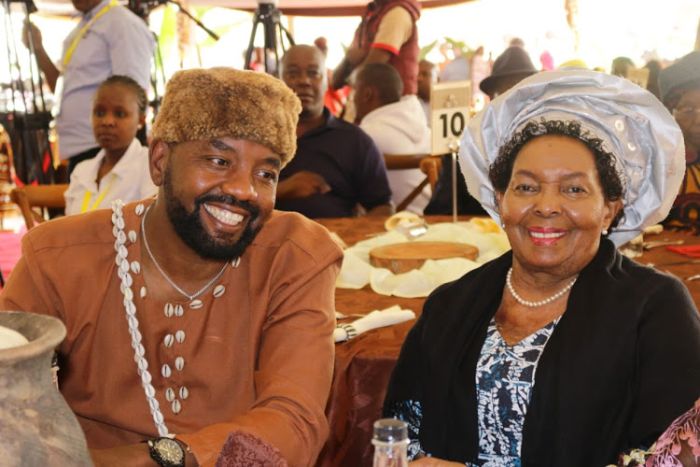 “I grew up in the countryside but I used to study in Nairobi,” she explained.

She is the last born in a family of four children (2 sisters and a brother).

“My dad was a civil servant who served as a police officer while my mum was a businesswoman,” she disclosed.

Her life in the countryside was similar to every other young girl in the village, where everyday tasks mostly involved tilling land and other basic farm chores.

“In ushagoo me and my siblings each used to be apportioned a piece of land which we were supposed to till. There were several tasks at the farm, from tending to the coffee plantation to plucking tea leaves,” she revealed.

However, her status as her dad’s favourite girl, coupled with her ‘Nairobi girl’ status meant she could get away with slacking behind in her chores.

“Everyone was supposed to carry out their tasks diligently but I have to confess that I was a bit spoilt due to my time in Nairobi. So, whenever I used to lag behind my cousins would help me out. We used to go fishing using a sufuria,” she recounted. 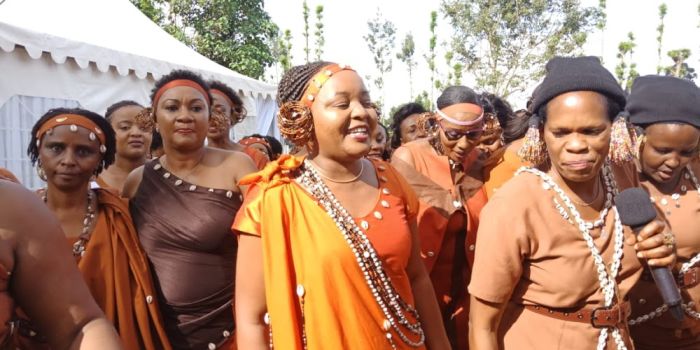 Waiguru’s mood during the interview suddenly turned sombre as she opened up on nine torturous years leading up to a tragic end.

Her father was constantly in and out of the hospital, and the governor stated that her biggest challenge was trying to keep it together when her dad was hospitalised.

“My biggest challenge was growing up without a father, he was hospitalised when I was 9 years old, then again when I was 10, and once more when I was 12. He was then forced to quit his job due to ill-health,

“Sadly, he passed away when I was only 18 years old and this hit me really hard because I was not only the last born but I was also daddy’s girl,” she narrated.

Her exemplary performance at school; Nairobi River Primary, Precious Blood Riruta and Moi Forces Academy -where she sat for her A-levels, had endeared her to her father, making it even harder for her to deal with the loss.

“My dad used to love me even more because I used to love to read. I was always in the top three every time because I wanted to maintain my status as his favourite girl,” Waiguru revealed.

The Kirinyaga governor has since matured into a leader and a mother as well, with 3 sons who she spoke highly of during the interview.

I love them so much, I can say that they are the best thing that has ever happened to me. They are really good kids, I don’t want my last born to grow any older,” she stated with the tone of a proud mother.