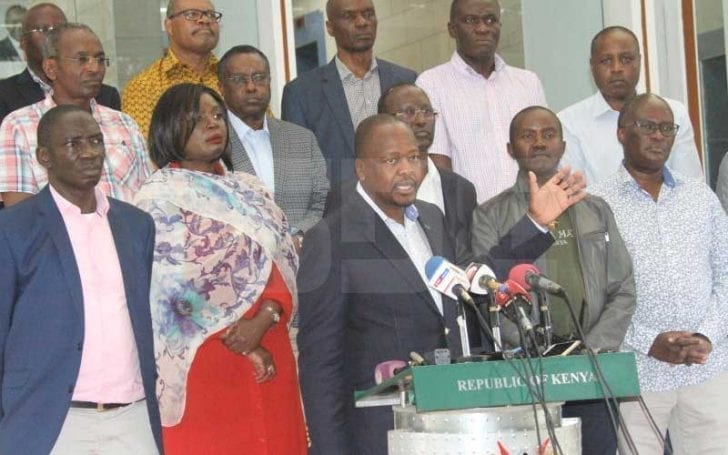 A site camp for engineers constructing power transmission plant in Tana River County has been deserted for the last three weeks after its Chinese workers left.

The engineers left for Nairobi after they came under pressure from local residents and leaders who wanted them screened for coronavirus.

The presence of the Chinese workers at the site in Hola had brought anxiety and panic among the community in Kalkacha location in Galole Constituency immediately after the disease was first reported.

It came despite the fact no one has tested positive for the virus in Kenya so far.  It also came as the Chinese embassy in Nairobi warned against rising anti-Chinese sentiments over the virus.

Yesterday, some local casual workers called on the Government to recall the Chinese to enable the resumption of construction work on the site.

The casual labourers complained that since the Chinese stopped working, their life had become more difficult.

“We have been getting our salaries in good time to attend to our families, but now we have been gripped by hunger because the Government has forced them out,” a guard at the site said.

Elsewhere, players in the tourism sector are worried that the coronavirus outbreak in China could disrupt their businesses.

Hoteliers in Malindi and Watamu said they mostly get clients from Italy, and they are worried now that Italians are quarantined in their country.

Italy has been flagged as a country to watch in terms of the virus’s spread given that the first sub-Saharan case in Nigeria has been traced to an Italian visitor from Milan.

Malindi and Watamu alone attract more than 70 per cent of Italian tourists to Kenya.

Already countries such as Seychelles, Cape Verde, Mauritius and Israel have banned visitors from Italy.

Local hoteliers are now asking the Government not to close its bar visitors from the country.

DEVOTION:What Kind Of Righteousness Do You Have?