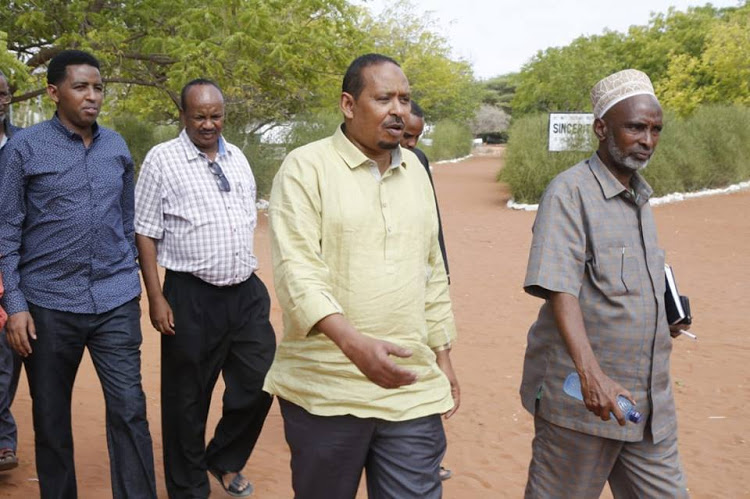 Wajir East MP Rashid Kassim fell prey to Naswa pranksters on the streets of Nairobi in a video that was shared online on March 18.

The pranksters were shooting a segment involving a well-dressed preacher, complete with the priestly collar and a Bible in hand, asking for directions from members of the public.

While the clueless citizens were offering directions to the preacher, a well-dressed man would come from the opposite direction towards the fake preacher and the unsuspecting targets.

He would then pretend to be tying his shoes right in front of them, with his wallet lodged in the back pocket visible to the preacher and the unsuspecting citizen.

While the accomplice was still focused on his shoes, the preacher would grab the peeking wallet and hurriedly walk away, much to the amusement and sometimes shock of the passersby.

Many would then alert the perceived victim that his wallet had been stolen by the clergyman, after which he would pretend to be flustered and run after the preacher to get the wallet back.

MP Rashid Kassim was in the company of another unidentified person when he was pranked by the actors in the Central Business District.

In the video, Kassim witnessed the ‘robbery’ and animatedly tried to alert the ‘unfortunate’ person that his wallet had been grabbed by the then fleeing preacher.

His partner also urged the victim to run after the preacher, leaving them both red-faced when they realized that they had been pranked.

While many people viewing the segment did not immediately grasp what was happening, some hawk-eyed Kenyans identified Kassim and connected him with his representative role.

“Kuna mbunge hapa naona, ama ni macho yangu? ” (Is it that I see an MP here or my eyes are deceiving me?) Usman Baba posed.