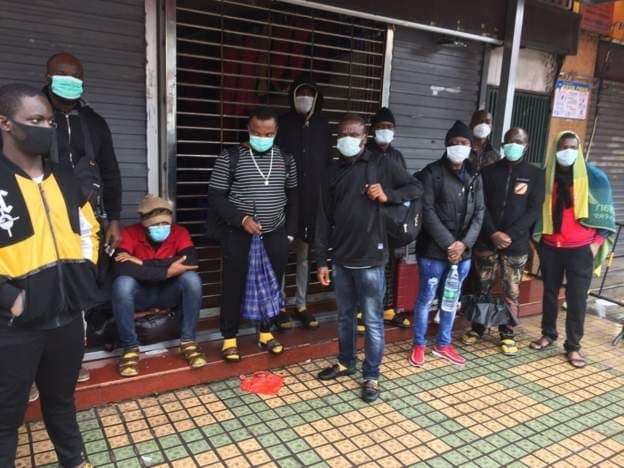 African residents and businessmen in Guangzhou, China, where COVID-19 originated, have been kicked out from hotels and apartments over coronavirus fears.

Those evicted, over hundreds of them, say they were being discriminated and accused of having the virus as health authorities rolled out a testing campaign for the virus.

According to a news report by the BBC, the Africans said they had paid rents to their landlords but were chased out of the apartments and had to spend the night outside at the mercy of the weather.

Some residents in that particular area said they were evicted from their apartments, while others had been put into forced quarantine without knowing whether they had the virus or not.

Another businessman from Congo said he was asked to stay outside his house for 24 hours after the testing was done without knowing the reason behind it.

Guangzhou is home to one of China’s largest African communities and has become a hub for African traders buying and selling goods.

Since March 2020, Guangzhou has required people arriving from abroad to be quarantined for 14 days.

Ironically, the virus originated in China in late December 2019 in Wuhan before spreading to other parts of the globe.

Wuhan, the epicentre of the disease, was put on a 76-day lockdown which was lifted yesterday, Tuesday, April 7.

Why does Mary Wambui suffer on Valentines?