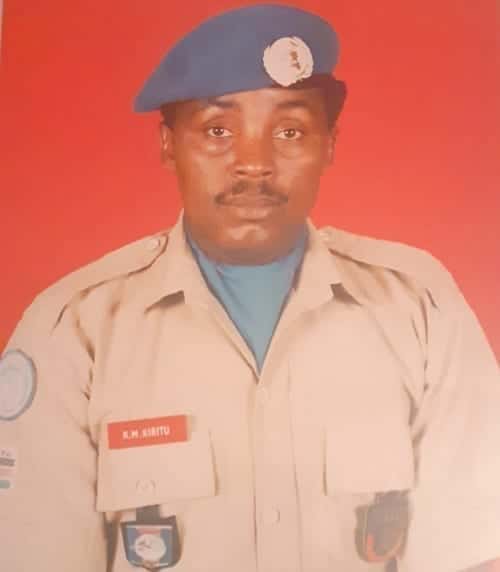 When soldiers from Kenya Air Force attempted to overthrow President Daniel arap Moi’s government on 1 August 1982, their strategy included taking over Kenya’s only broadcasting network, Kenya Broadcasting Co-corporation (KBC). Kenya army headquarters based in Nairobi scrambled a commando to stop the rebels cold on their trucks.

Major General Mahmoud Mohamed led the storming of KBC. Among those who Mohammed ordered to storm the studio where Leonard Mambo Mbotela was held captive was major Reuben Mwangi Kiritu. Narrating his involvement, Colonel Kiritu remembered the fear that the army had during the time because they believed the mastermind, senior Private Hezekiah Ocuka and his air force buddies had planes and were planning to bomb the State House Nairobi. When they got to the broadcasting house, the commandos were ordered by major General Mahmoud Mohamed to move in with their troops and flash out the rebels. Those men rescued Kenya from the fate of many African countries that have had military coups and massacres. They are true Kenyan heroes.

Major Kiritu continued after the 1982 coup to advance to the rank of Colonel in the Kenya army. He commanded the Kenyan wing of United Nations peacekeeping force during the Iran-Iraq war (1980-1988). He was also the commanding officer during the Kenya Shifta war at the boarder of Kenya, Somalia and Ethiopia (1963-1967). He was fluent in both Ethiopian and Somali dialects. He trained in several United States Military Academies. After retiring from the Army, Colonel Kiritu became a businessman. Finally he joined Green Park Golf Resorts in Naivasha as the head of personnel and security. He is credited with the quality of service and security provided in this enterprise that has hosted such guests like the English Royal family members.

Colonel Kiritu is a brother in law to Diaspora Messenger Senior Columnist and scholar, Teddy Njoroge Kamau. Dr. Kamau remembered him as an example of what a brother in law should be. “Colonel Kiritu was a Kenyan patriot who did not like fame and glamour. He served his country with dignity and pride. He was a great husband to my sister Evangelist Abigail Mwangi. He was a wonderful father to his three children, including my diaspora niece, Harriett Sarrett of Ohio (USA). He represents the best of Kenya Defense Forces. He was truly an officer and a gentleman.” Prof. Kamau said.

Before his death, Colonel Kiritu was part of an evangelistic ministry headed by his wife. He traveled around African Countries preaching and teaching the gospel of Christ: He was also an officer for Christ and His Kingdom. Colonel Kiritu RESTED while at Kijabe hospital from complications of an old heart ailment on May 21, 2020 AD.

His Family ministry is streamed on https://www.youtube.com/watch?v=oG5Sa5K9D_E