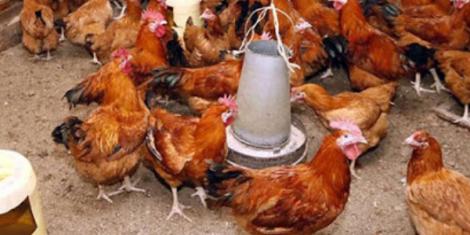 As the nation grapples with the Coronavirus (Covid-19) disease, with doubts lingering on the health system and Kenya’s preparedness to handle an escalating pandemic, questions have been raised over how a Ksh 8.4 million hospital was converted into a chicken coop.

A report by the Standard, on Friday, May 22, stated that the health facility in Nakuru Town West Sub County had been converted into a chicken breeding house.

The hospital was built under the Constituency Development Fund project in 2013/2014, by MP Samuel Arama (Nakuru Town West).

The legislator distanced himself from the current saga, exposing wastage of resources and argued that the facility was handed over to the County Government, under former Governor Kinuthia Mbugua.

“We handed over the project to the county during the leadership of Nakuru’s first governor. I was shocked when I heard someone converted it to a poultry house and farmed on a section of the land.

“When constructing it, it was prioritised for healthcare services in the area. This is a matter I will follow up on” Arama stated.

The facility was supposed to have a maternity ward, a reception, and a treatment room.

However, one-acre of the farm has been converted into a vegetable garden with over 200 chicken in the compound.

Individuals found in the compound argued that the County Government (under Governor Lee Kinyanjui) had knowledge of their endeavour and that one of them had leased the property.

“We have occupied this facility for over four years and the County Government allowed us to operate from here,” one Nathan Ndege stated.

Nakuru County Health CEC Samuel King’ori, however, stated that he was not aware of such proceedings or existence of the facility.

“I will follow up and act on it,” the CEC responded.

VIDEO: I WILL NEVER INSULT UHURU AGAIN. I NEARLY LOST MY SEAT~BABU OWINO

VIDEO:The Sugar Deal That Never Was