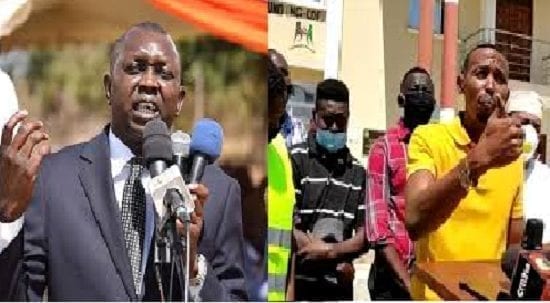 “We are aware that there are plans to bring up trumped-up charges through DCI and EACC against particular Members of Parliament, in an effort to try and coerce them to toe particular political inclinations.

“I think I have been very clear that once I take a position, I cannot be swayed from that position, not by the threats to life that have been there to myself and other MPs who are aligned to the DP,” Ichung’wa stated.

His sentiments were echoed by Mathira MP Rigathi Gachagua who warned that intimidation of leaders only strengthened their message ahead of the 2022 elections.

“Intimidation of leaders will go nowhere. In fact, the more you intimidate these leaders, the more solidified their ground becomes,” he stated.

Dagoretti South MP John Kiarie expressed his displeasure at the formation of coalitions at a time Kenyans were fighting the coronavirus pandemic.

He argued that it was not the right time for politicians to get into political realignments.

“This is an unlawful partnership, you cannot sit down and plan how you will form the government,” he vented.

Uhuru chaired a Jubilee Senate Parliamentary Group meeting on May 11, that resolved to change top Senate positions ousting Kipchumba Murkomen as the Senate Majority Leader and Susan Kihika as the Majority Chief whip.

Members of the Tanga Tanga faction of the Jubilee Party have been categorical that the changes were aimed at intimidating Ruto.

Inspiration: ‘My Back Against The Wall’, A story of hope in Kenya