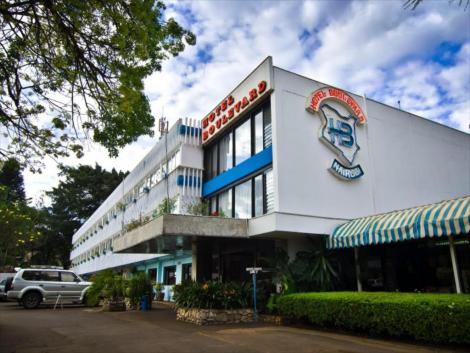 The National Environment Management Authority has closed down a Nairobi hotel that has been unofficially linked to Deputy President William Ruto over pollution.

In a statement on social media on Friday, May 8, NEMA announced that the Boulevard Hotel had been found to be polluting the Nairobi River.

“NEMA has stopped operations of Boulevard Hotel in Nairobi with immediate effect for discharging untreated effluent into Nairobi River. The hotel has also been ordered to remove pipes discharging effluent into the River,” the agency announced.

The environment agency’s operation at the hotel began on Thursday, May 7 when officials announced that they had raided the place over reports that it was dumping effluent into the Nairobi River.

Hotel Boulevard was associated with Deputy President William Ruto after Indian mogul Jac Patel announced that he was seeking to offload a group of hotels in September 2018.

Boulevard was among the seven hotels put up for sale, with the list including Sentrim Castle Royal, Sentrim Mara, Sentrim Tsavo, Sentrim Amboseli, Sentrim Elementaita and Sentrim Samburu and Hotel 680.

At the time, Sentrim Boulevard, situated along Harry Thuku Road, was said to have been sold to the deputy president.

The exercise launched by NEMA on cleaning the Nairobi River has seen the closure of several companies and warnings to some.

NEMA has also raided, warned, and closed down a number of apartments which were found to be in contravention of the Disposal of Wastes Act.

In early April, NEMA joined Nairobi Metropolitan Services Director-General Mohamed Badi on an enforcement exercise to crack down on illegal discharge into the Nairobi River and into the environment.

This was following a meeting where the leaders agreed on strategies of strengthening partnerships between the two institutions, specifically on enforcement of effluent discharge and beautification programs.

My visit will be beneficial for years to come, Obama says