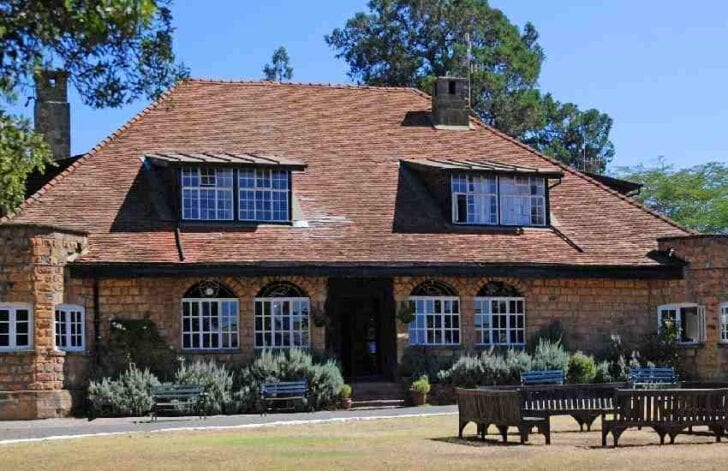 There is one simple rule to most of this success; education. Good education. Good schools here in Kenya and abroad play as incubators for the elite. Here at home, these schools are reputed as schools for children of the wealthy. Here is just but a glimpse of where the ‘rich kids’ school or should we just say those with money to ‘afford life’ take their children!

Former TV presenter Terryanne Chebet offers her daughter Imani the best education money can buy. The school offers the British National curriculum. Located outside Gilgil, Pembroke’s term fees could make you feel like what you earn in a month is pocket change as it stretches up to Sh595,000 per term for some classes.

The fees statement can read figures ranging from Sh490,000 to 875,000 for years two to five school kids to between Sh535,000 and Sh920,000 for other classes depending on wither you are a day scholar or a boarder. Basically, if you are that guy who takes a Sh2 million loan to repay back in five years, this is not meant for you. Lanes…!

Uhuru Kenyatta’s youngest son, Muhoho Kenyatta, attended Peponi School, on your way to Ruiru. It being owned by the Kenyatta family anyway so well… it was only expected for him to attend a school of this calibre. Here, they don’t play ‘kati’ or ‘kalongolo’ neither do they do those cross-country evenings most of us used to do across five hills and three towns.

The school offers ‘boujee’ games such as Water Polo – that most of you have never heard about. Full boarders at Peponi pay Sh600,000 with day scholars paying around Sh440,000. There are pluses and minuses in all these – just as there are in every bank transaction.

Lupita Nyong’o attended Rusinga International School for her early years before joining St. Mary’s School in Nairobi for her International Baccalaureate Diploma Programme (IBDP). The results do speak for themselves.

After leaving St Mary’s she earned her Bachelor’s degree in film and theatre studies from Hampshire College before joining one of the prestigious Ivy League schools. Lupita went to the Yale School of Drama where she pursued a master’s degree in acting.

Ciku Muiruri’s daughter got to pursue her early education at St. Andrews School Turi which is an independent preparatory and secondary school situated in Turi, Nakuru. The girl is now a world-beater. But you don’t just become a world-beater just like that. You need wings to fly.

The school fees at St Andrews range from Sh300,000 to Sh730,000 per term depending on your year of study and whether you are a day scholar or boarder. Sounds inspiring, right? Just purpose to prosper

Laila, Mukhisa Kituyi’s daughter, is currently a student at the famous British university, King’s College London pursuing her Masters of Medicine, Health, and Public Policy. She is also a graduate of Psychology at the University of Sussex and also studied at the International School of Kenya (ISK).

To be in these schools, your parent must have taken a sacrifice or do we just say be somebody. The school fees range from about Sh1.6 Million per year for Kindergarten to Sh3 Million for grades 11 to 12. Yes, you got that right. Do the math.

He is now pursuing an MSc in Marketing Strategy and Innovation at the University of Westminster. Before joining the university, he went to Greensteds International School Kenya whose school fees ranges from Sh350,000 to Sh668,000. To get money, surely, you must have money. Aspire.

Briton claims Kenyan woman shot herself accidentally with his pistol