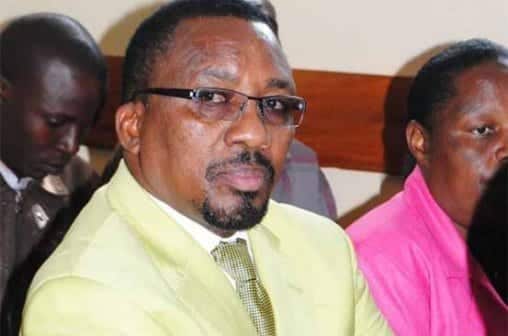 James Ng’ang’a, popularly known as Pastor Ng’ang’a of the Neno Evangelism Centre on Saturday, July 11, shared a video of his mansion that is under construction.

The controversial pastor shared details of the vastness of the mansion on completion as he recorded some of the ongoing projects in his compound.

He called the mansion the ‘powerhouse’ and noted that he visits the place once a week to pray and seek guidance from the Lord.

Pastor James Ng’ang’a of Neno Evangelism delivers a past sermon at the church.

“This is ‘powerhouse’ where I come once a week, next week I’ll be here the whole week. I have a bed here and I stay with the Lord, just meditating, praying and asking God for direction,” he explained.

Ng’ang’a failed to disclose the location of his supposed new residence but noted that construction was still going on as he filmed a lorry that had brought some materials.

He gave a sneak peek to the conference hall for pastors just outside his mansion that employed a circular design.

The proprietor of the Neno Evangelism Centre noted that he was not hiding due to the Covid-19 pandemic but had been concentrating on completing the construction of the mansion.

With a greenhouse in place, the controversial pastor noted that whenever he had guests, they would always have something to eat.

Ng’ang’a  has also embarked on farming on his piece of land as he has already constructed a greenhouse and has planted tomatoes and onions.

Back in November 2019, pastor Ng’ang’a outlined his dream plan of putting up a Ksh 2.5 billion church complex in Nairobi’s Central Business District (CBD). This is even as a land ownership tussle between him and the Kenya Railways Corporation ensued.

Maids and Servants: Should they be your best friends? You Decide

Video:Sad story of Father, Mother and daughter’s body held in India over medical…

A SOFTER AND GENTLER ICC