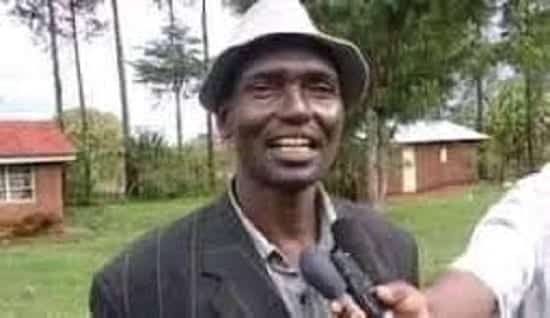 Life in general is very good and bad at the same time because in as much as family is supposed to be the strengthening unit in a person’s life, somethings can’t just be explained because we don’t usually have a clear understanding of what happens in the specific family.

Deputy president William Ruto is known and a famous politician for that matter and in as much as we would like to assumed it people could not help but notice the kind of life and state his older brother Paul Ruto is living in because infact when he first claimed that he was his brother on an interview in KTN,lots of people did not believe and even doubted that he really was Ruto’s brother him till he took out his identification card and some old pictures.

Residents say that he does odd jobs in the outskirts of Eldoret mingling with people such that one would have a hard time believing he is from the family of the deputy president. Even though Ruto’s siblings are kind of doing great in different ways, Paul’s life seems to be different but we wish him the best regardless.

Inside the Life of Ruto’s Secretive Brother..part one..more to follow

Clement, Ruto’s childhood friend who is a bodaboda operator

Kilemendi, Ruto grew up together in Uasin Gishu County

Kenyan Diaspora Story: A Day In The Life Of A Caregiver

Why I called for an interim government, Raila speaks

Former Diaspora finds takeoff in real estate back in Kenya