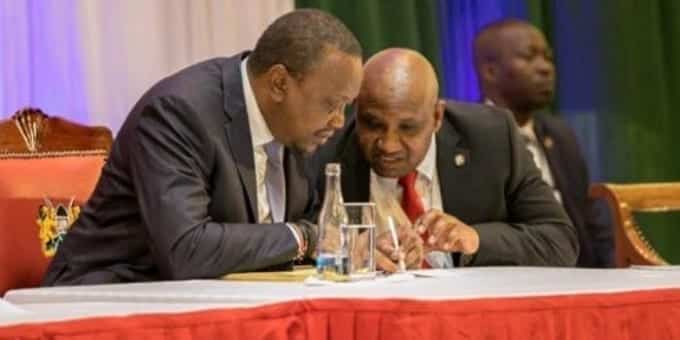 The Kenya Revenue Authority has been granted access to secret investments held by wealthy Kenyans.

According to new regulations which have been enforced in October 2020, Kenyan firms will have to submit information about individual investors who own more that 10% shares in Kenya’s biggest companies.

KRA, security agencies and the Financial Reporting Centre (FRC) will have access to KRA PINs, national ID or passport copies, postal addresses, residential addresses, occupations, telephone numbers and the date when the investors became beneficial owners of the said companies.

This will reveal secret wealth held by Kenyans at the Nairobi Securities Exchange through nominees or proxies.

According to data from NSE, 77 per cent of investors’ wealth at the stock exchange is held by undisclosed shareholders.

New businesses seeking registration will be required to provide the said information while existing companies will be given a deadline to make full disclosures.

Firms that fail to adhere to the new regulations risk a Ksh 500,000 fine and Ksh 50,000 penalty for every day they fail to comply with the new framework.

Through the new laws, the government hopes to unearth ill-gotten wealth and curb insider trading which is a serious financial crime in Kenya attracting fines up to Ksh 500 million.

A past study by the University of Texas-Austin, Brigham Young University, and Griffith University showed that Kenya had become a haven for shell companies and money laundering.

The researchers posed as would-be money launderers, corrupt officials, and terrorist financiers to assess whether the formation of firms that would potentially be associated with money laundering or terrorism would trigger increased scrutiny.

The previous law protected companies from revealing the identities of their beneficial owners. The term refers to the true economic owners of the shares held in trust by any nominee.

Billionaires who own companies through other people or trusts prefer to remain anonymous to avoid drama which comes with public scrutiny.

According to the latest statistics by Knight Frank, Kenya has 42 individuals with more than Ksh3 billion and ranks 4th in Africa.

However, according to a 2020 report by Forbes Africa, none of the country’s super-wealthy made it to the list of top 20 richest Africans dominated by Egypt, South Africa and Nigeria.

Below is the list of top 20 richest Africans, according to Forbes Africa (2020)

KENYAN WOMAN HAS PASSED AWAY IN UK

WHAT A WONDERFUL GESTURE BY PRESIDENT UHURU KENYATTA

What Have You Been Dreaming of Lately ?

The battle of the Rutos renewed; one attacks the other again