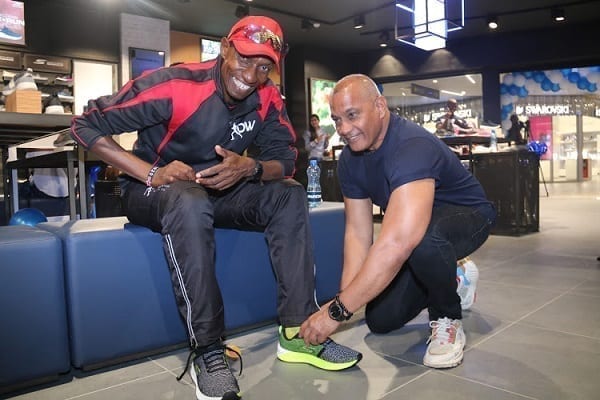 At first, it feels odd to use Japan and athletics in one sentence considering that the East Asian country is not renowned for churning out world beaters in this sport.

The land of the rising run is more synonymous with martial arts such as karate, judo, kickboxing and football in which it has established its tentacles worldwide.

However, a closer scrutiny of its history in athletics unearths the integral role that Japan has played in forging the careers of many Kenyan athletes in addition to improving their livelihoods.

Douglas Wakiihuri, Eric Wainaina, Cosmas Ndeti, Samuel Wanjiru and Bedan Karoki, Paul Tanui are among Kenyans who left for the Far East as unknowns but returned to the country as the best of the best in their favourite distances.

For decades, the country has attracted many Kenyan athletes who are signed up by Japanese athletics clubs and companies to participate in various races.

This is in stark contrast to Kenya where most Kenyan athletes have a background in the disciplined forces, including the Kenya Prisons Service, Kenya Defence Forces and National Police Service.

Wakiihuri, the first Kenyan to win a marathon at an international championship, says the financial incentives offered by the Japanese companies are simply irresistible.

“As we all know, athletes depend on prize monies, appearance bonus and apparel contracts to make a living. Except for the prize monies, this does not exist locally. The awarding system cannot support an athlete’s life,” he says.

Before he announced Kenya’s supremacy in the marathon races courtesy of his win at the 1987 World Athletics Championships in Rome, Italy, Wakiihuri was among the pioneer Kenyans to troop to Japan to forge a career in athletics.

Among the races that he had participated in Japan include the Lake Biwa Marathon and Beppu-Oita Marathon in 1986.

His success in Japan no doubt paved the way for various other Kenyans to seek greener pasture in the country, with Karoki and Tanui among the active top stars.

Karoki, the 2016 World Half Marathon silver medalist admits that his stint in Japan has paid dividends for his career and pockets too.

“Working for a running company is much better compared to working with a manager who may abandon you or swindle you of your money. In Japan, they cater for everything you need including accommodation and food on top of the salary you earn. It is a profitable venture,” Karoki says.

Since the beginning of this year, he has been plying his trade for car manufacturer Toyota after spending the last eight years on the books of computer manufacturer D&B.

For him, the perks of running in Japan have been more apparent during the Covid-19 pandemic during which he has been training unhindered.

“Although things have been generally tough, it is not to the level of the other countries. Here, we have been training and participating in various races. Our salaries have also not been affected,” he says.

Karoki has thus far run in six races and will participate in three more before the year ends.

The never-say-die attitude with which the Japanese pursue success has always been a challenge for many Kenyans on arrival in the country.

Athletics Kenya treasurer and Central Region chairman David Miano, who coached in Japan over two decades, attributes this attitude to the Japanese culture that prioritises success above all else in life.

“The Japanese, just like the Koreans and Chinese, have a unique way of dealing with life. They believe that success is a must and that failure to succeed means that you have no business existing in this world,” Miano says.

This attitude permeates even the sports sector where workouts are rigorous and do not stop regardless of how fatigued an athlete becomes.

He recounts an incident he witnessed while undertaking a training session in one of the universities where a Japanese coach took a group of female athletes on a rigorous workout.

“The girls became fatigued and one by one they started falling. I tried to ask the coach to give them a break but he was not bothered. In the end, we had an ambulance coming to pick up four of the girls, who had fainted,” he says.

Politically, Japan boasts one of the highest turnover of governments in the world as it has been occasionally rocked by resignations of prime ministers owing to failure to achieve a set target.

This is the same case in sports where Miano says that a coach who produces a sub-par performance is naturally expected to resign.

Karoki also admits that adapting to the Japanese way of life is not a walk in the park especially in time management.

“They are very time conscious and you have to be where you are supposed to be five minutes before the agreed time. They also have a rigid and rigorous training programme that cannot be changed for whatever reason once they start implementing it,” he says.

For people used to ugali or githeri as a staple food, the raw fish (sashimi) or seafood of the Japanese presents a culture shock for many athletes.

Miano narrates his experience in Japan with a contingent of Kenyan female athletes, including marathon greats Tegla Loroupe and Catherine Ndereba, most of who would not bear the sight of the Japanese food on their first night in the country.

“They had to sleep hungry because the only food available was the Japanese konokonos (snails), which they were not used to. However, I believe that the cuisine has nowadays improved as Japan becomes more westernised,” he says.

This is good news for Karoki et al. who admits that he has fully embraced the Japanese cuisine with the exception of the raw fish and seafoods.

“The food is mostly the meaty stuff that we eat in Kenya although it can be challenging to embrace it because of the way in which it is cooked,” he says.

An additional challenge is that Japanese races and training for the same occur solely on tarmac, which is problematic for Kenyan athletes accustomed to running on different terrains.

“With time, many athletes start experiencing stress fractures as a result of constant training on the tarmac. Many of our athletes are not used to training or running on tarmac consistently,” Miano says.

Nonetheless, he who succeeds is the one who endures to the end.

Athletes who have managed to overcome the challenges of culture and cuisine have emerged outside the tunnel as big names.

“Many Kenyans leave for Japan as unknown people before they emerge in various international championships as champions. Look at Samuel Wanjiru; when he won the 2008 Olympics gold in marathon, the press were describing him as little-known,” Miano says.

Wakiihuri is also thankful to Japan for being a springboard for his budding career on the track that has culminated in his multiple roles in athletics upon retirement.

“Japan was the first opportunity that I saw for me to accomplish my dream to appear at the Olympic Games. When you go to war, you fight bravely to accomplish your mission,” he says.

Apart from his first place finish in Rome in 1987, Wakiihuri crossed the finish line ahead of others at the New York Marathon (1990), London Marathon (1989), Brussels (1990) and the 1990 Commonwealth Games in Auckland, New Zealand.

He also clinched a silver medal at the Seoul Olympics in 1988.

Wakiihuri is presently the trainer for First Lady Margaret Kenyatta as part of the Beyond Zero Half Marathon, a philanthropist and a mentor to many upcoming athletes.

Hard work, discipline and integrity are three key ingredients required for a Kenyan athlete to excel in Japan.

“The Japanese value these characteristics above all else. You may not be producing the kind of performances they require but if you are disciplined they will persevere with you,” Karoki says.

Miano adds that Japanese value transparency in everything that they do and obey contracts to the letter.

“They have a no-nonsense attitude towards doping and that explains why very few athletes who trained there are caught up in doping issues. They will also pay you every cent of what they owe you,” he says.

Switching companies is also not an easy thing as loyalty is a character held in high demand within Japanese society.

“You become unloyal when you move between clubs. It means that you have broken a promise,” Wakiihuri says.

The only exception to switching companies is when an athletes contract expires at which point they are free to negotiate with rival companies or clubs.

For Karoki, his transfer from SB to D&B and then Toyota has been aided by his exceptional performance and by the fact that some running companies do not participate in Ekiden races — his favourite.

Having carved out of a colorful career in the land of the rising sun, Wakiihuri has plenty of lessons that Kenya can borrow from Japan on how to make athletics a prestigious career outside the disciplined forces.

“We need to establish national training centres as well as at the county level. We need to invest in technology and science in addition to building standard facilities,” he says.

Karoki believes that Kenya needs to improve its treatment of sportspersons.

He adds that national team selection should be based on merit, not bias.

“Retired athletes should also be roped in to the running of sports affairs in the country as coaches or administrators. They are better placed to take sports to greater heights because they better understand the issues that affect athletes,” he says.

Miano predicts that more Kenyans will continue boarding planes to Japan in search of greener pastures.

As Wakiihuri, Wanjiru and Karoki have shown, Japan is indeed the land of the rising sun where many athletes’ careers rise from obscurity to the world stage.

Perhaps, Kenya owes a debt of gratitude to the Far East country for its role in forging their rough diamonds into polished gems.

Kenyan girl shines: From Humble Beginnings To Elite US University

Chaos in Isiolo ahead of President Uhuru’s rally

Kenya: The Country and the U.S. – Meeting the Growing Challenge in East Africa