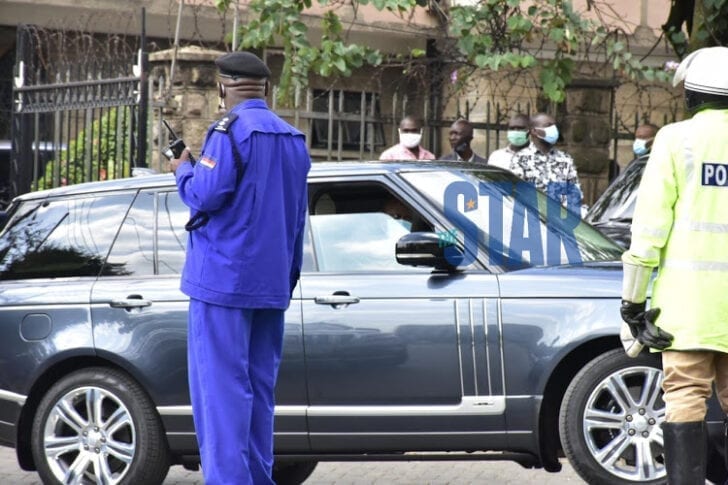 President Uhuru Kenyatta and first lady Margaret on Friday were spotted at the Lee funeral home.

Sources said that the president’s family passed through the morgue to pass their condolences to one of his family members.

It is said that Uhuru’s niece collapsed and died on Monday and that the first family has taken the body for cremation.

The media have been barred from covering the visit.

The president leave at Lee funeral home together with his family after an official visit to the facility on December 18,2020/ MERCY MUMO

The president also passed his condolences to the family of Nyamira governor John Nyagarama who died on Thursday night.

The President eulogised Nyagarama, 74, as a friendly, approachable, wise, witty and kind leader.

Uhuru wished Governor Nyagarama’s family and the people of Nyamira County God’s comfort and fortitude as they come to terms with the County leader’s death.

“As a nation, death has robbed us of a gifted leader whose primary mission was to transform the lives of the residents of Nyamira through his County Government’s development initiatives,” he said.

Boost To Youth As Optiven Group Provides 9,000/- Per Month Offer

MP MADE TO SWEAT BY IN-LAWS AT BRIDE PRICE CEREMONY