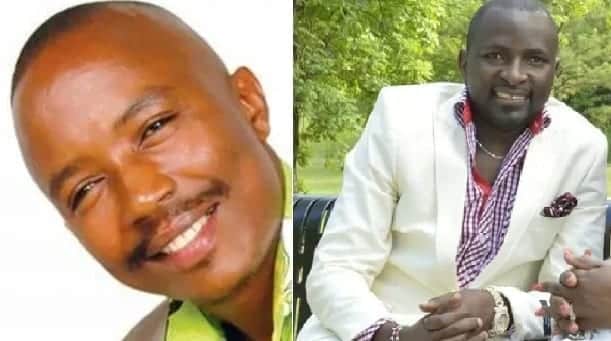 Gospel musicians have ganged up against Kenya Diaspora TV Media journalist Jeremy Damaris following an interview he conducted with their colleague Dennis Mutara.

In the interview, Jeremy asked Kenyans to come to the aid of the celebrated gospel musician, claiming that he was depressed and his health was deteriorating.

He alleged that the musician was in the denial stage of alcoholism and depression, adding that he needed urgent medical attention.

“He is depressed and needs medical attention specialists. He feels like God has forgotten him and sometimes, he does not even recognise himself,” Jeremy stated.

This interview did not sit well with other gospel musicians who claimed that the journalist’s aim was only to embarrass their colleague rather than help him.

One of the gospel artists, Betty Bayo, indicated that a number of Mutara’s colleagues had visited him especially after he was involved in an accident last year.

“Currently his story is trending on YouTube where the host Jeremy insists he is drunk and in need of rehab. Mr Jeremy, kindly note when one of us is in trouble, we are not quick to bring them on camera,” she stated.

“If you wanted to help Mutara why didn’t you use your money and take action. You can’t rise by bringing others down,” she added.

Bayo later contacted Mutara who indicated that he would sue the journalist for maligning his name.

He stated that he had asked the journalist not to upload the video after he realised it did not represent his true state of mind – adding that the interview had been conducted a while back.

Her sentiments were also echoed by musician Muigai Njoroge.

“If indeed Jeremy was his friend, he would not have insisted on his alcoholism, rather, he would have asked what led him to start taking alcohol and if indeed he wanted to help, he would have taken him to rehab,” Muigai Njoroge, a musician stated.

On his part, media personality Muthee Kiengei, who also doubles up as a musician and priest, insisted that musicians had visited Mutara and had been following up with his recovery process.

“If I were Mutara, I would not have liked to be abandoned. Now he risks being left all by himself because his friends may avoid him. His fans do not know the whole story,” the Kameme FM presenter quipped.

VIDEO: Ghanaian man explains Why he was Arrested In Kenya