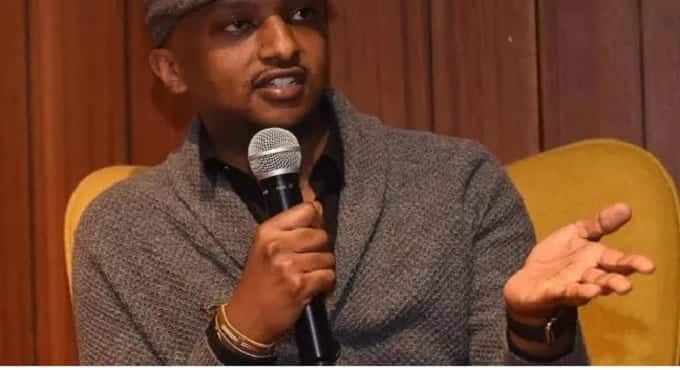 Jeff Bezos and Elon Musk have been making global headlines for months over their success in business with Forbes ranking them separately as richest people in the world.

However, a Kenyan has been caught up in the raw between former and current richest men in the world.

Charles Mwangi found a working home abroad for almost 20 years and has had a successful career working with the top world fortune companies.

Charly as he is commonly referred to by his colleagues is an alumnus of Strathmore High School and Jomo Kenyatta University of Agriculture and Technology (JKUAT). He studied Bachelor of Science majoring in Civil Engineering.

After completing his studies in Kenya, Mwangi proceeded to Tennessee State University through a scholarship program to study Bachelor of Science in Mechanical and Manufacturing Engineering.

While studying in Tennessee, Charles Mwangi was one of the only two Africans hired by Toyota Motor Corporation in 2003 through a recruitment strategy.

His colleagues at Toyota nicknamed him ‘Old man’ owing to his quest for knowledge. However, his ascension to the top was not rossy.

Charly, in one of his interviews on Gearbox with Dr. Kamau Gachigi said that his colleagues at times looked down upon him and he struggled to fit in the society.

“No one believes you when you are an African talking about technology. When I started at Toyota, people didn’t trust me to explain even how the printer worked!” Charly said.

The JKUAT alumnus landed another job at Nissan Motor Corporation where he worked for six years as a Senior Manufacturing Engineer. This was immediately after he graduated with his second degree from Tennessee State University.

In 2012, he found his way into Elon Musk’s Tesla Inc through an interview in which he had doubted himself. The engineer said the move was risky since the company warned him that he might lose the job after six months. He was hired and delegated to work at the car’s division, Tesla Tool & Die.

By 2018, he was managing over 400 engineers in Tesla. His leadership ability and skills saw his team guide Tesla into making over $21B (Ksh 234  billion). He was promoted to be a Senior Director of Engineering in the same year.

A year later, he quit the multi-billion job to join a Stealth Startup (Companies whose operations are not known to the public thus giving them a competitive advantage).

Currently, Mwangi is the Executive Vice President for Rivian, a company that develops Electric vehicles and its other related products and services. He is working closely with Rivian’s Manufacturing Engineer Managers.

Rivian was valued at $27B (Ksh 2.9 trillion) in January 2021. The firm plans to have over 100,000 pickups and vans produced in less than 10 years with experts saying that Bezos is flexing his muscles and aims at establishing himself as the world’s richest over a long period of time.

Charly’s friends say that he is a true definition of how being persistence, dedicated, consistent and a hard worker can take a person to places.

UN Gigiri in ‘lock-down’ over terrorism

VIDEO: I am the official opposition leader – Moses Wetangula