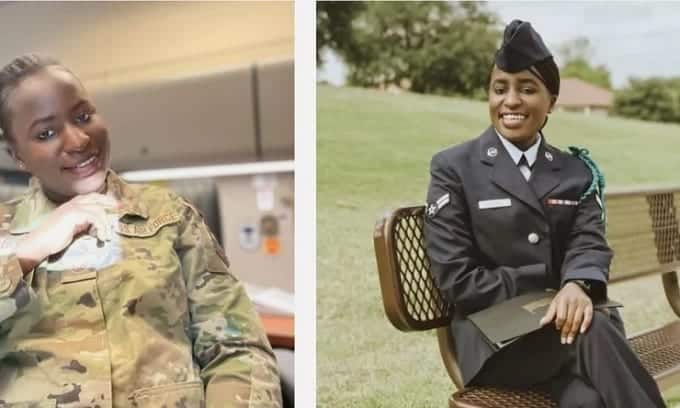 A woman’s passion to become a military woman would have probably been a mirage if she had not relocated from Kenya to the United States of America in 2015.

According to Tuko.co.ke, the Kenyan woman identified as Winnie Wanjiru’s passion for the military started when she was still a young girl; influenced by her dad who would take them to the showground to watch the disciplined forces perform.
The news portal reported her as saying that she had tried so hard to join the military while pursuing her undergraduate studies at the University of Nairobi but was rejected more than four times.

“I remember at one point I got someone who was really connected to the government and was demanding for KSh 200k. Mark you, at that point in time I only had like KSh 1,000 with me for pocket money lol,” she is quoted as having said in an exclusive interview.

All in a bid to break through despite the setbacks, Winnie Wanjiru applied for the diversity lottery visa, commonly known as the Green-card, and relocated to the US in 2015.

Fortunately, just a year after her relocation, she applied for enlistment into the US military and was accepted, unlike the situation she had to face while in Africa.

“Being African and a woman in the military took a lot to push my way up, but things are easier these days courtesy of programs like diversity inclusion and leadership which offer more opportunities to explore,” she added. 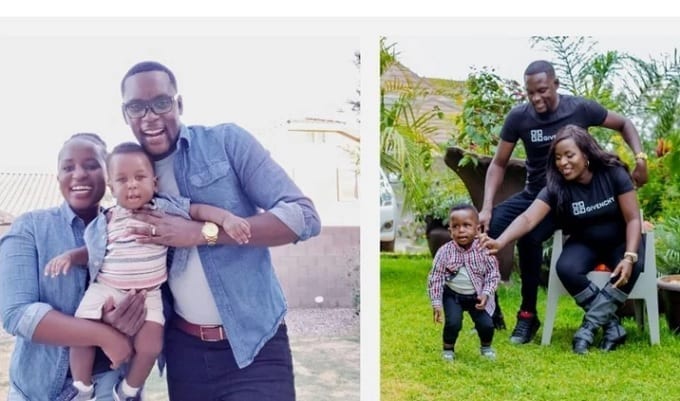 She got married to Denise Adipo with whom they now have a son and has to balance the military career with motherhood and marriage but all those did not stop her from rising in rank. Winnie has risen through the ranks to the position of Staff Sergeant Adipo at the pilot training base, reports say.

“Doing life with him has been the most enjoyable journey. I don’t struggle at all with juggling between work and family responsibilities because he helps a lot,” she expressed. “If there’s one best decision I have ever made in my life apart from salvation and marrying my husband, it is joining the military“

While advising young people that they could remain in Africa and become successful, she urged them to follow the appropriate immigration channels to avoid having issues with the laws.

Kenyan Man Found Dead After Missing For A Week In San Diego, CA