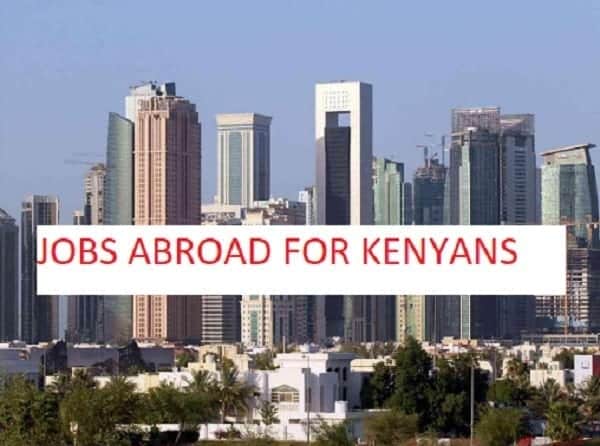 This is mainly on unskilled labour in the Middle East.

Of the about 500 recruiting agencies captured in National Employment Authority (NEA) system, 80 per cent have not had their licensed renewed, agents say, putting their business at halt which is further exposing their clients abroad at risk of exploitation.

Most licenses expired at the height of the Covid-19 pandemic, between March and October last year, with some dating back to 2019.

This, as recruiting agents decry graft at NEA where some officials are using the process as a cash cow.

The authority is said to be licensing new entities with a new license going for Sh500,000, while sidelining those seeking renewals.

“I have been put on hold for more than one year. Up to now, we are waiting for NEA to assign an officer to come and inspect our offices, which is not forthcoming. This is despite meeting all the requirement,” Kamau, a director of a recruiting agency in Nairobi told the Star yesterday.

“We vetted and registered 302 private employment agencies to recruit Kenyans to the labour market abroad,” the CS said.

While he noted an increase in demand for labour abroad, the new curriculum introduced by the National Industrial Training Authority (NITA) is proving to be an uphill task for the majority of unskilled Kenyans, mainly those seeking house helps jobs abroad.

NITA on January 13, wrote homecare management training providers on the new requirements which scrap the traditional pre-departure orientation of 14 days, introducing a training of between 21 and 30 days, at a fee of between Sh8,000 and Sh25,000.

This, even as it moved to cut training schools from 64 to 17, reducing the country’s capacity to prepare the job seekers for departure.

Currently, available institutions can accommodate about 2,024 persons, against a monthly target of 12,000 a month, based on the market demand.

Only those who have passed their exams are allowed to travel. They must also have a standard eight certificate, which agents say is not required by the employer.

“Training should be carried out in the approved venues and only approved resource persons by NITA are allowed to facilitate the training. NITA and NEA officers will carry out periodic monitoring and quality assurance throughout the training,” NITA director general says in the letter.

On December 10, last year, a section of recruiting agencies secured a court order to have initial procedures stay.

The court ruled that the fees are “highly prejudicial to Kenyan citizens seeking employment in Saudi Arabia and the agents handling the export of labour, and which action is further against the Bilateral Agreement and Agents to Agents agreement entered between the two countries,” the employment and labour relations court ruled.

It set aside the decision of NEA and NITA to “unilaterally and arbitrarily” extending the training period and increasing fees.

Interference by NEA, of the two associations of recruiting agencies – Association of Skilled Migrant Agencies of Kenya (ASMAK) and the Kenya Association of Private Employment Agencies (KAPEA), has seen members form a separate vehicle to push for reforms.

Dubbed ‘Face of Change’, the group yesterday said delays in renewing licenses, while new registrations mainly of companies originating from Middle East, is denying Kenyans opportunities in the market.

“We cannot meet the demand for labour out there with these types of bottlenecks. We will lose out to our competition such as Uganda, Nigeria and Ghana who are not making it difficult for people to secure employment out there,” said former ASMAK chairman Harun Ambenje, who is the current interim director, Face of Change.

While the Jubilee government has been keen to secure jobs for Kenyans abroad, local policies could derail the processes and gains, with the country losing out to the much-needed diaspora remittances.

The country is said to have lost at least $34million (Sh4.7 billion) in potential remittances in the last two months due to low departures, occasioned by the new recruitment rules.

Saudi Arabia alone has an opening of 12,000 unskilled jobs for Kenya, a month.

“Right now over 20,000 visas have not been serviced through training bottlenecks. Talking of exams, over 70 per cent of those examined failed exams, who is going to get these jobs?,” Ambenje posed.

With unemployment in the country at about 7.4 per cent, with about 85 per cent below 35 years, Kenyans have been seeking opportunities abroad in both skilled and unskilled labour.

About 67,521 Kenya migrant workers have been trained in a span of one year, according to CS Secretary Simon Chelugui, against a target of 30,000 due to demand for labour abroad.