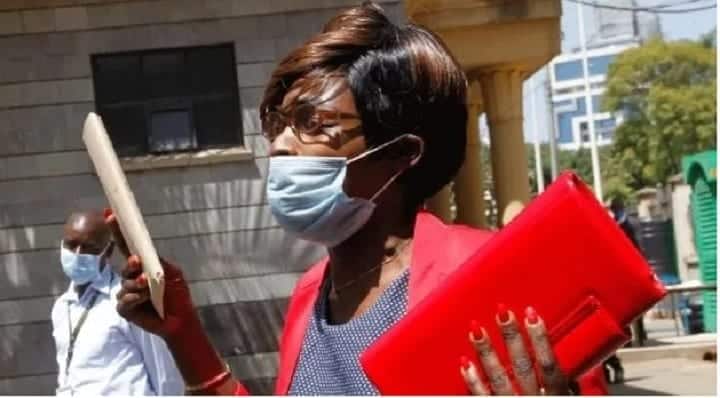 Kenyan MPs want secret lovers who surface after the deaths of politicians and celebrities barred from demanding inheritance and causing drama.

The lawmakers supported the Law of Succession (Amendment) Bill 2020, which will limit inheritance to only men and women who are legally married, their children, and recognised kin.

“These strangers cause untold anguish to widows, widowers and children. We want to do away with these attention seekers and opportunists who pop out of nowhere and want a share of what they never worked for.

“They then end up locking out those who rightfully own the inheritance. This bill will protect the true heirs in succession affairs, not the common friends we see surfacing,” Homa Bay Town MP, Peter Kaluma, the mover of the bill, on Wednesday, March 11, said.

MPs are rallying each other to pass the bill which stipulates that a wife is a woman who has separated from her husband, a spouse, or a widow, and vice versa for men.

They are also seeking to change the definition of a dependent to clarify that it will only be a spouse and the children of the late.

Four Kenyan MPs travel to US as observers in Trump, Biden…

Kaluma, an ODM MP, added that any other spouses (in polyandry and polygamous family setups) qualify for inheritance if they have been officially introduced to the family, married under traditional customs or the first wife knows their whereabouts.

Several MPs who supported the bill added that families were being broken and left to wallow in poverty due to the escalating trend. Nyando MP, Jared Okelo said that some women and men emerge only to frustrate families, and paternity tests later exonerate the dead as attention seekers are glorified.

“They should enjoy the power and high life they were attracted to but should not think we shall let them dip their hands in the wealth,” Okelo stated.

Westlands MP, Tim Wanyonyi and Nominated MP Dennitah Ghati, however, called on politicians to avail names of beneficiaries and leave behind a clearly written will. The document, in fact, according to them, should be released before one passes away.

The MPs based their arguments on several cases that have been witnessed in the past years, with notable ones being the paternity cases involving former MPs Ken Okoth (Kibra) and Justus Murunga (Matungu).

Their lovers, Anne Thumbi and Agnes Wambiri respectively, successfully petitioned for DNA tests which proved that they had sired children with the late politicians.

Video:Kenyans in Lowell moans tragic loss of family and relatives in Salgaa road…