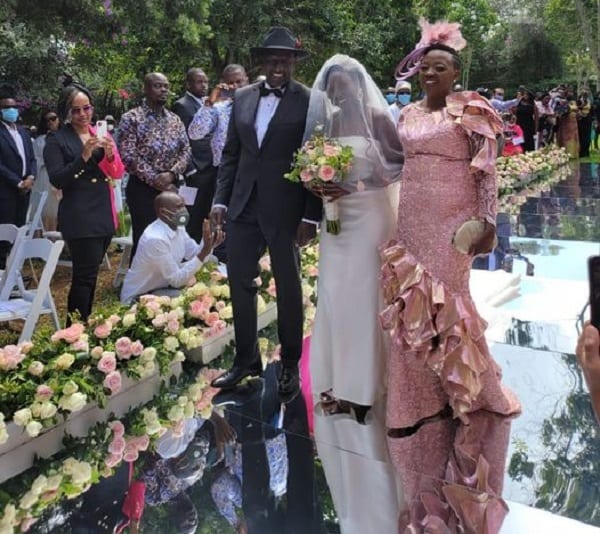 An excited Deputy President William Ruto and his better half Rachel on Thursday led their firstborn daughter June down the aisle to exchange vows with his lifetime partner.

The invite-only event took place at the DP’s official residence in Karen where June officially said “I do” to Nigerian fiancé Dr. Alexander Ezenagu in a lavish wedding held at the DP’s home in Karen.

June, looked radiant in a white off-shoulder dress with a bouquet of pink and white roses.

In some of the videos on photos of the event seen by Nairobi News, an all-smiles Ruto, donning a black suit and matching hat perfectly executed his fatherly duties at this event, assisted by Rachel who was also elegantly dressed.

The bride looked radiant in a white off-shoulder dress with a bouquet of pink and white roses in her last day as a single woman. 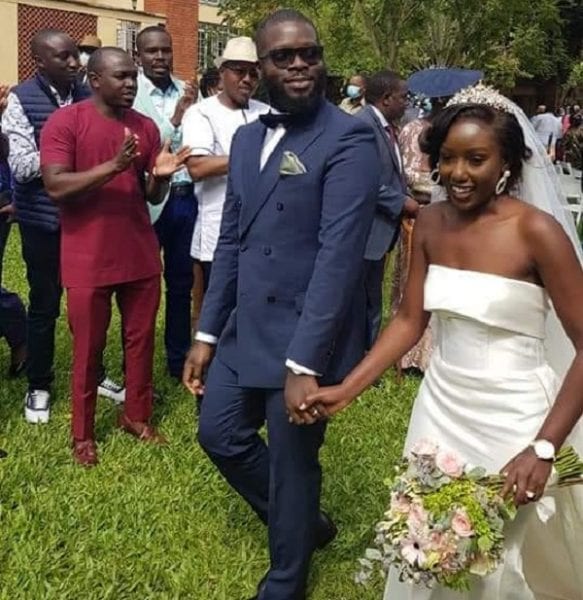 By the end of the day, June will officially be Mrs. Ezenagu, having officially engaged Nigerian fiance and scholar Alexander Ezenagu, on May 8, 2021.

He currently is an Assistant Law Professor at the Hamad Bin Khalifa University in Qatar.

June Ruto studied international relations at the University of Queensland, Australia, and also has a bachelor’s degree in Diplomacy from the United States International University in Nairobi. She works at the Kenyan Embassy in Poland.