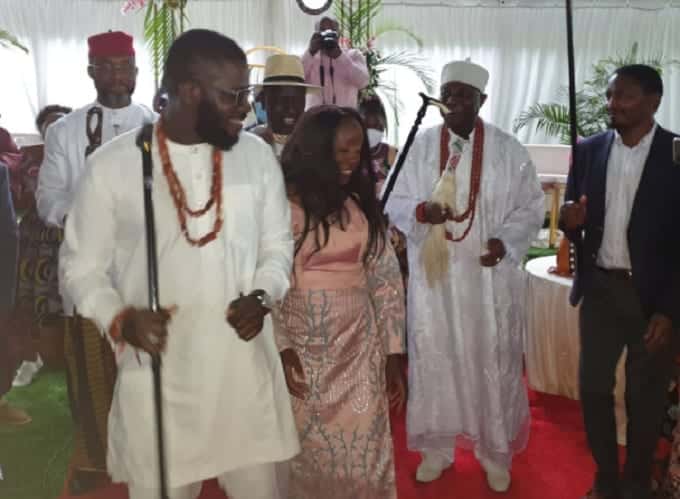 The engagement event was held in Nairobi and attended by top political leaders and respected persons in the society.

A delegation from Nigeria was also present. The delegation was led by a man identified as Osita Chidoka who oversaw the bride price settlement.

Dr. Ezenagu is an Assistant Professor in the College of Law at Hamad Bin Khalifa University (HBKU), Qatar.

He has a Ph.D. in international tax law from McGill University, Canada. In addition, he is a graduate of the University of Cambridge, United Kingdom, where he obtained an LL.M. in Commercial Law.

He also has a Bachelor of Laws degree from the University of Ibadan, Nigeria, and has been admitted as a Barrister and Solicitor of the Supreme Court of Nigeria.

Dr. Ezenagu has built a reputation of supporting countries in developing effective fiscal regimes. He has worked with governments to introduce fiscal reforms. He is currently designing a course on developmental governance, which focuses on influences on the developmental models adopted by developing countries.

Following his engagement to June Ruto, the DP, his family, and a delegation from Kenya is expected to visit Nigeria in future to formalize the union.