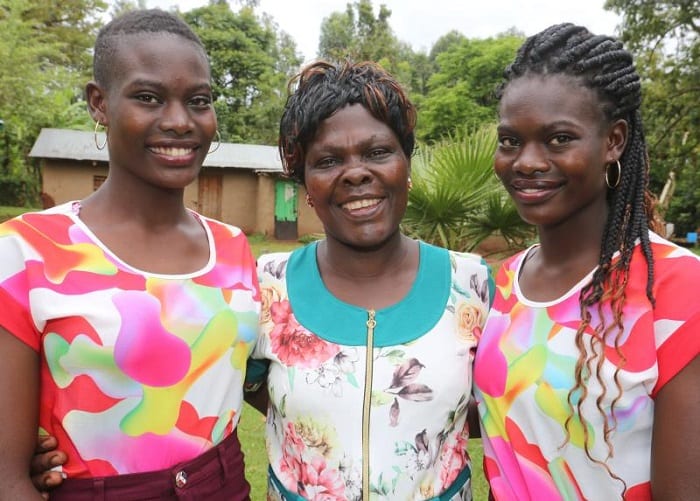 Two years after tracing each other on social media and reuniting, identical twin sisters who were switched at birth in Kakamega are headed for another separation.

This is after they scored different grades in the recently released 2020 KCSE exam results.

Sharon Mathias, who was raised up in Nairobi got a C+ while Melon Lutenyo who was brought up in Likuyani, Kakamega County, scored a C plain.

Sharon schooled at Butere Girls High School while Melon was in Bishop Sulumeti Girls, both in Kakamega County.

When they hit the headlines in 2019, the twin sisters were in Form Four, but decided to go back to Form Three. They had spent so much of their time in their quest to confirm their identity, which resulted in a DNA test whose results proved that they were indeed sisters.

VIDEO: Nothing to smile about for Kakamega twins two years…

They also scored slightly different in the Kenya Certificate of Primary Education (KCPE) in 2015, with Sharon scoring 317 while Melon had 313 marks out of the possible 500.

Despite the difference in their Form Four national exam scores, they both want to pursue a career in teaching.

“We have decided that the exam results will not separate us. We will make sure that in the different levels of higher learning which we are set to join, we will always keep in touch,” an emotional Sharon added.

Sharon said studying in different schools even after it had been confirmed they were twins has helped them to learn to cope with living apart.

“The good thing is that both of us will be pursuing education in college,” she said.

Her twin sister Melon said it would be difficult to part ways but promised to keep the bond and communication intact.

Melon said being out of school for almost a month due to a fee balance could have affected her performance. A well-wisher helped clear the balance.

Their mother Rosemary Onyango said she was happy with their performance as they had beat many odds throughout their school life.

“My daughter was helped by someone who saw her story in The Standard and KTN News. I am grateful although I have never met the well-wisher who identified himself as John Owiti,” she added.