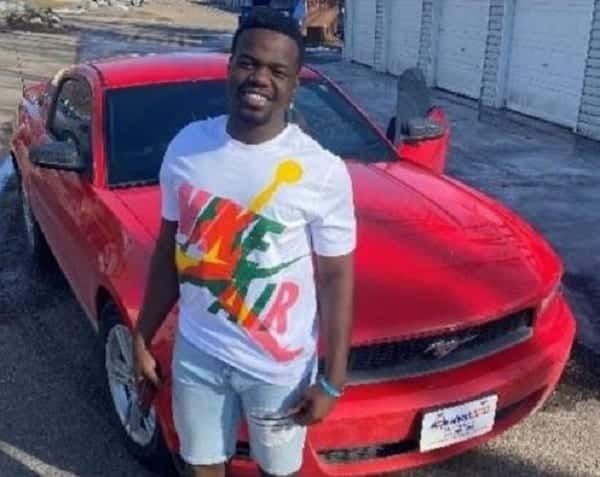 The 26-year-old  Kenyan Diaspora man Keegan Oyugi who’s been missing for more than two weeks, has apparently been found dead in a single-vehicle crash in the south metro, according to the Minnetrista Police Department.

The Minnetrista Police Department confirmed that a car found off Highway 101 in Shakopee belonged to Oyugi. They said that there was a deceased individual in the driver’s seat of the vehicle, and his description matches that of Oyugi, down to the clothing he was believed to be wearing when he went missing.

“As we await formal identification from the medical examiner’s office, our thoughts and prayers go out to the Oyugi family,” the police department said.

Earlier Tuesday, the westbound lanes of the highway in the south metro suburb were closed after someone reported seeing a badly damaged red car in a copse of trees.

Oyugi was last seen leaving the Prior Lake area on June 12, heading home to St. Bonifacius. He was driving a red Ford Mustang.

The 26-year-old lived and worked in the community near Crown College, where he graduated two years ago. He was a star basketball player and worked for the college’s program.

Over the last few weeks, his family, friends and the group Minnesota United — a community group which “strives to bring families back together” — have searched for him, at times using a kayak team and volunteers with drones.

The Minnesota United page asked that people pray for the Oyugi family and honor their privacy during this difficult time.