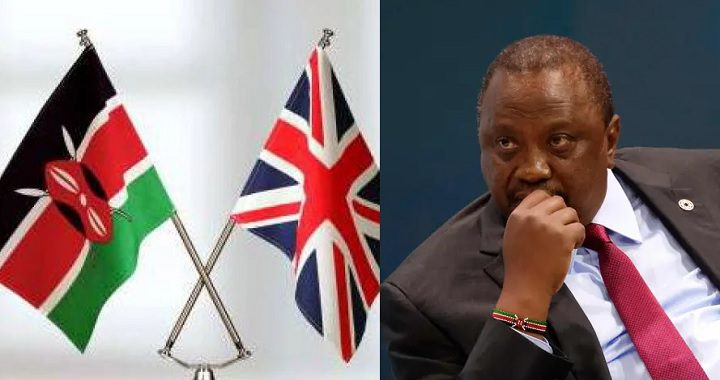 Britain will demand a top mark Covid-19 test from President Uhuru Kenyatta and his team ahead of entering London today after being exempted from the ban on Kenyan travellers.

The Kenyan delegation will be required to take the PCR [Polymerase chain reaction] test — the most advanced of the three main Covid-19 tests which reveals whether someone has the virus very early on in their illness.

The UK is keen to guard the safety of its Prime Minister Boris Johnson and the royal family who will interact with Kenya’s officials during the three-day trip.

The trip, the first President Kenyatta is making in UK in 18 months, comes days after London retained Kenya on England’s “Red List” amid concerns about the spread of new Covid-19 variants.

Travellers arriving in the UK from countries on the Red List are denied entry, while returning Britons must submit to 10 days of mandatory quarantine in hotels.

Mr Kenyatta is expected to ink several economic and security deals on the back of the trade agreement Kenya signed in December with Britain to ensure an uninterrupted flow of goods between the two nations upon the UK’s exit from European Union trading arrangements.

“Whole delegation took a PCR test. They are exempt from quarantine as with the G7 earlier this year, and other major diplomatic events and summits you’ve seen in other parts of Europe too,” a top UK official who requested anonymity told the Business Daily.

He added that the test was mandatory for all in Kenya’s delegation, including the President, ahead of the UK trip.

The UK travel ban has added weight to the decision of more than 50 countries denying access to Kenyans in the global race to protect nations against new variants of the coronavirus.

In May, Kenya lifted the ban on flights between Nairobi and London and eased restrictions imposed in retaliation to its inclusion in the Red List.

The UK has segmented countries into a green, amber and red lists, each carrying different degrees of restrictions for arrivals. A British citizen travelling from a Green List is not required to undergo a mandatory quarantine.

The UK claims its decisions, with the latest update coming in mid-July, are based on scientific evidence on the incidence of deadly and highly contagious Covid-19 strains.

The rapidly transmissible Covid-19 Delta variant, first identified in India, is dominant in western Kenya, where it was initially detected in the country.

The government imposed restrictions on movement in the region to try and stem the variant from spreading nationwide.

Most countries are preparing to sign off on plans for unrestricted travel for people who have had both jabs.

About 1.67 million people have been inoculated so far in Kenya, of which 625,680 got their second doses.

The government expects to receive 13 million Johnson & Johnson vaccine doses from August and targets inoculating more than 10 million people by the end of December and the entire 26 million adult population by the end of 2022.

The UK’s decision has delivered yet another devastating blow to tourism not only in Kenya but across the continent.

With a number of Middle East and African countries on the Red List, Nairobi has been the last major hub for connecting flights into the UK.

Britain is one of Kenya’s most important trading partners, absorbing most of its tea, cut flowers and fresh vegetable exports. In 2019, it accounted for the fourth largest arrivals through Jomo Kenyatta International Airport with 181,400 visitors.

In return, it supplies machinery, cars, pharmaceuticals and electronics. There had been concerns among businesses that Brexit could jeopardise the trade ties between the two nations, closing off an important source of hard currency, investments and jobs for the former British colony.

“Alongside meeting Prime Minister Johnson for talks at his residency, President Kenyatta will jointly announce major investments into the Big Four projects on affordable housing, manufacturing and health partnerships,” said a joint press release that announced the UK visit.

The UK has been keen to stress that it prioritises its relationship with former colonies, including Kenya and Nigeria, Africa’s biggest economy and most populous nation.

Besides the UK, Australia, Argentina, Belgium, Cambodia, Canada, Portugal, Denmark, Bulgaria and Singapore top the list of countries that have banned or placed restrictions on holders of Kenyan passports. Others are Hong Kong, Bangladesh, Chile, Czech Republic, Cyprus and Cameroon, which Henley & Partners lists as the only African country to place restrictions on Kenya.

The Henley Passport Index made the revelations showing how the virus has hurt travel.