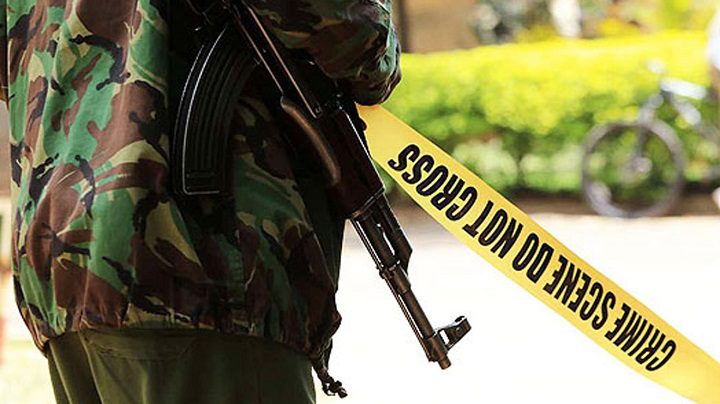 A police officer attached to Njoro Police Station on Monday morning stormed a local hospital and killed his girlfriend before committing suicide.

According to a police report, Mary Nyambura aged 29yrs visited the hospital with a fracture on her right leg complaining that she had been assaulted by her boyfriend.

While she was receiving treatment, her boyfriend (Benard Sivo) stormed the hospital and shot her several times.

According to the police, Sivo who was on duty at the station excused himself to make a call outside the report office, with his AK 47 rifle S/NO. 4912292 with 30 rounds of 7.62mm special.

After excusing himself, he reportedly pursued his girlfriend to the hospital and shot her severally, killing her on the spot.

“While at the scene the deceased body was found having been shot severally on the right arm, right wrist, and on her right back,” a police report read in part.

According to the police, after committing the heinous act, the officer went back to the station and started shooting aimlessly endangering the lives of other officers.

“The officers were mobilized to disarm him but unfortunately he shot himself on the chin and the bullet exited on the upper forehead and he died instantly,” a police report on the incident read in part.

The bodies have been moved to Egerton University Morgue awaiting postmortem.

The incident comes at a time when there has been an increase in police-related murders across the country.

Meanwhile, the Inspector General of Police Hillary Mutyambai recently announced that plans are in place to provide counselling and other mental health packages for the police, to avoid such incidences.