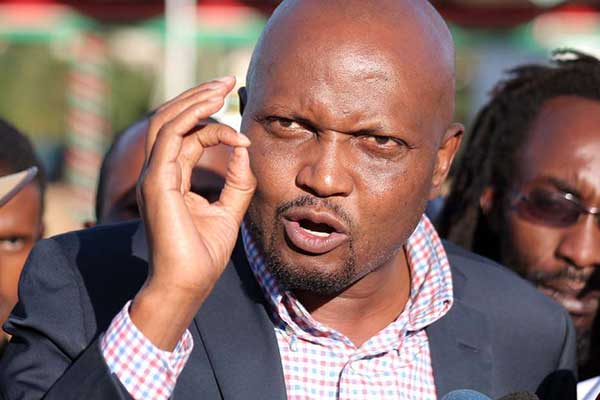 That there might be violence in the coming General Election in Kenya is not a question anymore but looks more like a matter of fact. A matter of fact, not because it must happen, but because all the signs have lined up for it to happen. One failure in Kenya’s historical development is the blindness of our politics and politicians to recognize the toxic nature of tribalism and to eradicate it instead of using it. We are tribal and the failure to recognize the hazards of this fact has led to policies that continue to allow if not fuel violence. The idea that ignoring this reality will make the problem go away is wishful thinking. Even worse is that some openly embrace this fact.

From the devastating decision by former President Moi to implement mass media policies that allowed for tribal language broadcasting, to the current realignment of tribalism in political warfare, our republic is doomed. There are those who argue that the young generation is not tribal and that they will not engage in any tribal categories that will lead to antagonism. But that is the argument of fools. For even those young people who attend our churches to escape the tendency of evil are followed there by the forces of darkness, invited by the people who should be fighting against the devil—the pastors and priests.

Take for example the church funeral of the two young people from Embu. The church is supposed to be a place of solace, a place where the community is reminded of the everlasting constancy of Christ and his promise of eternal life. It is a place where those who are hurting can come to find healing–where those who mourn can come to find comfort. It is a place where the priest stands on behalf of Christ to remind humanity that the resolution of tragedy is divinely resolved by redemption. That redemption is not a natural force of political strategy, but a spiritual condition initiated by God himself.

However, those who attended the funeral in Embu instead became agitated by the Member of Parliament for Gatundu North, Moses Kuria. Kuria is the epitome of what is historically true about Kenyans–tribalism. It is this quality that makes Moses Kuria one of the best and qualified politicians in Kenya today. Moses Kuria understands Kenyans better than any other person because he personifies what is true about politics in Kenya–tribal affiliation. Moses Kuria is not just a master of the state of the tribal position in respect to President Kenyatta and DP Ruto; rather, he speaks to the heart of every tribe in Kenya.

My encounter with Moses Kuria was back when he was starting his political life. We met at a function of the African Inland Church (AIC) in Kericho. I was the guest preacher and given that it was a fund-raising event, the politicians were allowed to speak and give their money (a philosophy I disagree with). When Kuria spoke to the predominantly Kalenjin community, he won the hearts of everyone there. I told my fellow pastors, “That man understands the heart of Kenyans.” That statement remains true even today. If you want to know what Kenyans are thinking, listen to Moses Kuria.

In Embu, his way of consoling the wounded was to encourage them to protest and to remind the Kikuyu community that President Uhuru Kenyatta has abandoned them because he has joined up with Luhya, Luo, Kamba, and Kisii against his own tribe. He said this in a function for spiritual healing and the people applauded!

The problem I see in Kenyan politics under Moses Kuria is not that he does not understand it, but that his voice has now been allowed to become the voice of the Church in both the Kalenjin and Kikuyu communities. That voice states that these two tribes will not fight among themselves in the coming election. However, these two tribes together are lethal if those who stand against William Ruto’s campaign do so with the intentions of denying him, through governmental trickery, the presidency.

The innocence of Christianity in Kenya is slowly moving towards an unholy political war. The reason is because William Ruto has been embraced by the Church youth groups and their intention is not spiritual, but a physical liberation. When Martin Luther posted his 99 theses on a cathedral door on October 31, 1517, his was a spiritual intention. But it became a poor mans’revolution. That is why we have Protestantism. Ruto’s ideas are clearly ‘spiritual,’ for they speak on behalf of the poor; but we live in a world of darkness and in this world, Satan is roaring like a lion looking for blood. In this regard, our prayers will not rescue us because those who should be praying are the ones applauding when Moses Kuria screams, “Mwizi.”