While holding public engagements on Ward Fund in Maua, she paused midway and asked the pastor present to assist her in apologizing 70 times.

The heartfelt apology was extended to all 69 MCAs as well as the Speaker. Mwangaza asked all MCAs to forgive her and invited them to a meeting to discuss the next steps.

In a statement, released a few hours after the court’s ruling, she promised to ensure that her government is transparent and transformative.

She also communicated that she would work with development-oriented leaders to ensure Meru residents are happy.

Mwangaza addressed residents of Athiru Gaiti while assessing how they can utilise their Ksh10 million ward-based community project fund.

“The Lord is my strong defender; he is the one who has saved me. He is my God, and I will praise him and sing about his greatness. 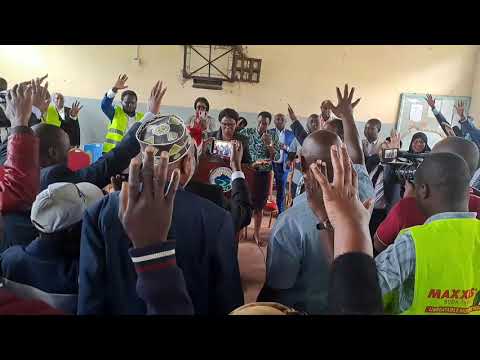 “Let us Aim for restoration, comfort one another, agree with one another, live in peace; and the God of love and peace will be with us,” she declared later on through her social media pages.

In her ruling, Justice Wamae Cherere underlined that the Meru County Assembly did not follow a proper procedure in initiating the motion.

“It is therefore ordered that the impeachment motion dated November 21 by MCAs and scheduled for debate on November 30 at 10:00 am is flawed and is quashed,” she ruled.

On Tuesday, November 29, Mwangaza dared the Members of the County Assembly (MCA) of Meru to proceed with the impeachment process.

She asserted that she would not beg on her knees if county MCAs did not want to work with her.

“They are now threatening to kick me out of office. If that is the plan, I declare they will go before me. I will not go to the assembly because I will be busy meeting the people,” she declared amid ‘Bado mapambano’ chants.

Mwangaza blamed the impeachment motion on her refusal to establish a Ward Fund.

“They cannot remove me from office. I will guard the resources of Meru with all my ability. I will make Meru a model county in terms of development,” she affirmed.

Kenya native is interested in improving her neighbors’ environment

Photos:Uhuru Shocked By Sonko’s ‘Torn’ Trousers In An Official Function