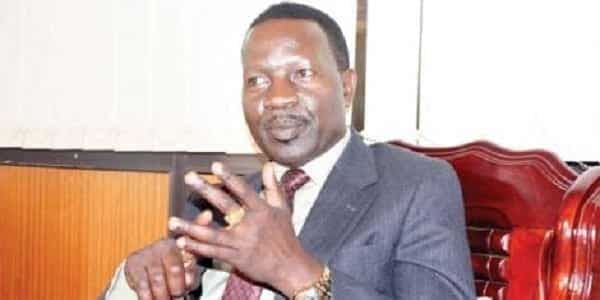 The first Diaspora presidential candidate Prof. George L Wajackoyah talks to Luvei Times about his intentions to succeed retiring President Mwai Kibaki as the fourth president of Republic of Kenya.

From a destitute in the street of Nairobi, to police inspector to a practicing lawyer and currently a professor of law in the US, it’s been a long journey for Prof. Wajackoyah. He went into hiding fearing for his life in Kenya, after he led investigation in disappearance and subsequent murder of the late Dr. Robert Ouko, a former minister for foreign affairs in former president Moi’s government.
Following is the full text of the interview with Luvei Times reporter.

Luvei Times: Comment on the decision by both America and some EU member state’s to ban some senior Kenya government officials from traveling to their countries over allegations of standing on the way to major reforms.
Answer: The decision to ban corrupt leaders and their families’ from traveling US was long overdue. However, this action should not be applied selectively. The United States and the EU countries are perceived to be playing double standards. Why not include the principals of impunity instead of senior government officials alone? The U.S. and the E.U. needs to go further and just do what they did with Noriega. Someone in these countries is not making an informative decision. We should expect harsh measures instead of delaying democracy by playing tricks. They should be withholding withdrawal of our monies that are banked in their countries and imposing measures that will help to redistribute the same in selected projects to help our people.
Luvei Times: Do you plan to form your own party or join any of the existing political parties?
Answer: The decision of forming a party or joining an existing party has not been reached yet, I will deliberate with my supporters before making final decision. But for now I will keep all my options open.
Luvei Times: The last general elections in 2007 almost plunged the country into anarchy following claims of a bungled election; your opinion?
Answer: The electoral fraud that was committed, and the inability of the principals to deal with it honestly will be tested again come 2012. Instead of fixing the problems, the leaders are planning how to win the elections by hook or crook. The underlying problems that have disillusioned Kenyans to the point that they want immediate change are issues of land reforms, constitution, unemployment, health care, poor infrastructure, clean water, housing, gender, education, security and equitable distribution of resources. These elected leaders are instead looting the nation.
Luvei Times: Several Kenyan politicians including the Prime Minister and the Vice-president have already declared interest in the forth-coming presidential elections; which one amongst these are you willing to work closely with?
Answer: I am willing to work with anybody with a clear mandate from Kenyans. They must have a reform agenda not only in words but in deeds. Personally, I have no problems with Hon. Raila or Hon. Kalonzo or any other person that is running for presidency. We may differ on issues but I hold no ill feelings against either of them. As a matter of fact, I will be inviting them to support my candidacy.
Luvei Times: Where would you wish to see Kenya in the next five years given the chance?
Answer: I would like to see Kenya free of corruption, a new constitution and a working people in my first five years should I be elected president.
Luvei Times: The constitutional review process in Kenya has dragged on since the advent of multipartism over twenty years ago, the way forward?
Answer: I discussed this review with Hon. Marende our speaker in April this year when he visited the U.S. He was sure the review would be over with and ready for a vote in parliament during this session. Like everything else, we have to wait and see. The Executive Branch of our government is not moving fast enough as the system has as usual adopted business as usual policy. We need a total overhaul of the system, get the dead wood out and infuse new energy in the government. I am out to perform this task diligently.
Luvei Times: What should Kenyans expect from your government?
Answer: Integrity, accountability, working institutions, clean police force, a thriving economy including industrialization, affordable education, free health care, clean air and water working infrastructure, security, renewable sources of energy, massive privatization and liberalization of trade, promotion of agriculture and desertification programs, eradication of illiteracy, rooting for gender equity and afforestation programs. I will also work closely with our neighbors to achieve a united East African State where people will be free to trade without barriers.
Luvei Times: Campaigning in Kenya requires a lot of money and usually the party in power takes the opportunity to use funds from the treasury without the tax-payer’s consent. What will be the source of your funding?
Answer: My funding will come from well wishers both in the Diaspora and in Kenya. But I will not be buying votes. Those who wish to contribute towards my campaign should do so patriotically. I have at the same time been overwhelmed on the support that I have received on the internet. President Obama campaigned through the same method. Americans contributed towards his campaign through many methods. I will not allow tainted money from looters of our economy like it happened in both ODM and PNU to fund my campaign.
Luvei Times: You are still in the formative stages as far as your campaigns are concerned. How can interested citizens get in touch with you?
Answer: I have a website that Kenyans can log onto and ask questions that I and my campaign team will gladly respond to accordingly. Go to www.glw4president.com . I also have accounts on Facebook, MySpace, and twitter or via e-mail: [email protected] I will also start a weekly radio and TV address once negotiations are completed. I will be available to answer questions after each session. Details will be given soon.
For comments,click HERE
Source- Luvei Times

To the top religious leaders!

Muthama says that Uhuru should consult Kalonzo before visiting Ukambani