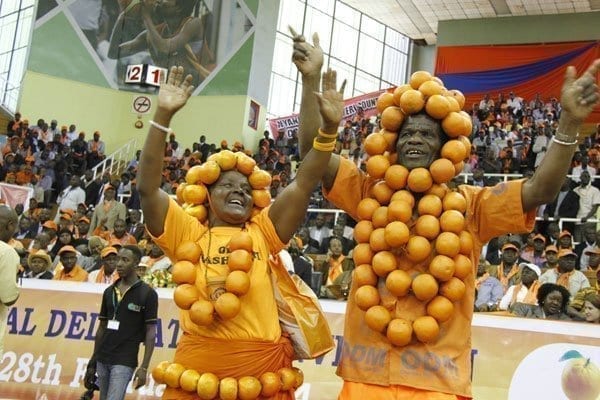 A series of upsets and surprises marked the second phase of the ODM elections as newcomers locked veterans out of the party leadership at constituency level.

In what appeared to be a sign of things to come in next year’s general elections, bigwigs in the party had a rough time fending off newcomers, most of whom are positioning themselves for county and parliamentary positions.

Among the big names who fell by the wayside were Cabinet minister Fred Gumo (MP, Westlands) who lost to city councillor Elias Onyango.

Also defeated on Saturday were nominated MP Rachel Shebesh and former Makadara legislator Reuben Ndolo whose political fortunes continued to dwindle after he was knocked out by Nairobi mayor George Aladwa in Makadara.

Raila Odinga Breaks Silence After Court Ruling, Says It Was…

Regional politics play out at Jacob Juma’s burial as…

In Nyanza, a bodyguard of Rangwe MP Martin Ogindo was forced to shoot in the air as a section of angry ODM delegates turned against the legislator during the abortive sub-branch elections at the Homa Bay High School grounds.

A free for all ensued as delegates fought with stones and other missiles, some flying towards the MP.

Armed Administration Police who were present were forced to draw their guns before they led away the MP to his car.

The same competition is expected as the elections move to the county level today as the party prepares for the national delegates conference early next year to elect national officials.

The polls started on Thursday and several party big shots were elected unopposed at the sub-location level, among them Agriculture minister Sally Kosgei.

Prime Minister Raila Odinga is the party leader and is widely expected to be the flag bearer next year.

On Saturday, Ms Shebesh said there is a deliberate effort by politicians both within and outside the party to sabotage the elections.

“These are the same people who sit in offices and come up with lists and expect party members to rubber-stamp their decisions,” said Ms Shebesh. “We are highly disappointed with the party and the manner in which it has conducted these elections.”